Ulefone Be Touch, Cubot X10 and Ulefone Be One Review from 1949deal

All the latest smartphones with Octa core chipset are available to buy through 1949deal, at the best prices: Ulefone Be Touch, Cubot X10 and Ulefone Be One, and all of them with discount coupons that we add below.

The Ulefone Be Touch is a potent phablet thanks to its Octa Core Cortex-A53 with 3 GB of RAM, 16 GB of expandable storage memory and the 4G LTE connectivity. It is built around an IPS panel of 5.5 inches with a resolution of 1280 x 720 pixels that works fluent through the SoC MediaTek MT6752, at 1.70 GHz, also the GPU Mali-T760. This resolution of the screen has a reason: energy conservation, because despite its measures of 8.6 mm thick, it integrates a 2550 mAh battery.

Cubot has changed a lot in recent months with new models. One of its new models, the Cubot X10, seems to want to compete against the sector of durable phones but with a very elegant design. Speaking of water-resistant smartphones all terminals thatncome to our heads are Sony or Samsung but surely no one has thought of Cubot right now and this is where manufacturers surprise again. On one hand, it is one of the most attractive features added, the resistance to the liquid element and another not neglect the aesthetic details to deepen and designing a smartphone with structure and metal frames that already you can book in two colors: Cubot X10 Golden and Cubot X10 Grey. 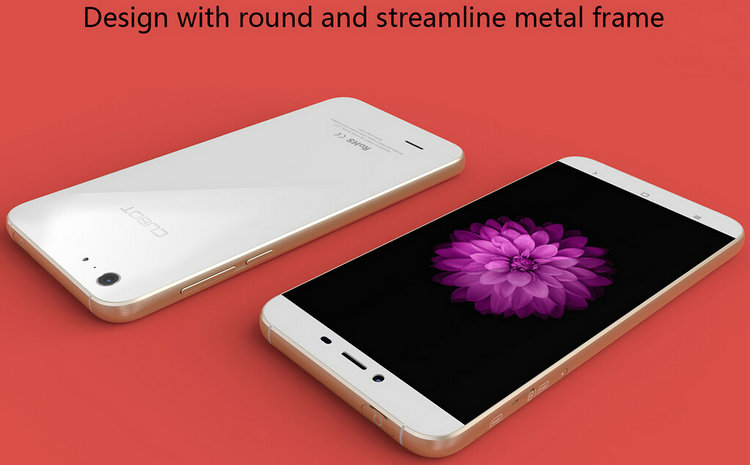 The new Cubot X10 has a rounded metal edge reminiscent of the iPhone and which insurance has come through the eyes of more than one user. Fortunately it is not a clone and retains its style, thanks to hardware, located in the upper part of the upper-middle range. It has a Mediatek MT6592M processor at 1.4 Ghz and it is supported by 2 GB of RAM to offer a pretty good performance with eight cores. As for the phone’s memory, we have 16 GB of internal memory, though, it has a microSD slot to expand if it falls short. As for the camera, the back has 13 megapixel and the front has 8 megapixel. 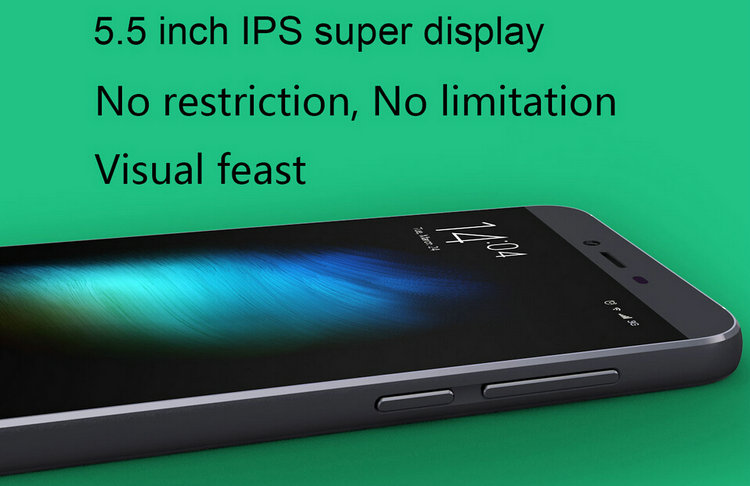 It is a phone with a 5.5 inch screen with a resolution of 1280 x 720, which is enough for most of the tasks. As we have said it is a rugged phone, this is due to its airtight design that makes it waterproof phone without problems (not submersible).

Be One is the new smartphone by Ulefone, the Chinese company, which enters the phablet category thanks to a OGS IPS panel of 5.5 inch and HD resolution of 1280 x 720 pixels that will run with ease thanks to its SoC MediaTek MT6732M at 1.40 GHz, comprised of four cores Cortex-A53 of 64 bits along with Mali-T760 graphics coupled with 1 GB of RAM and 16 GB of internal storage expandable to 32 GB additionals. 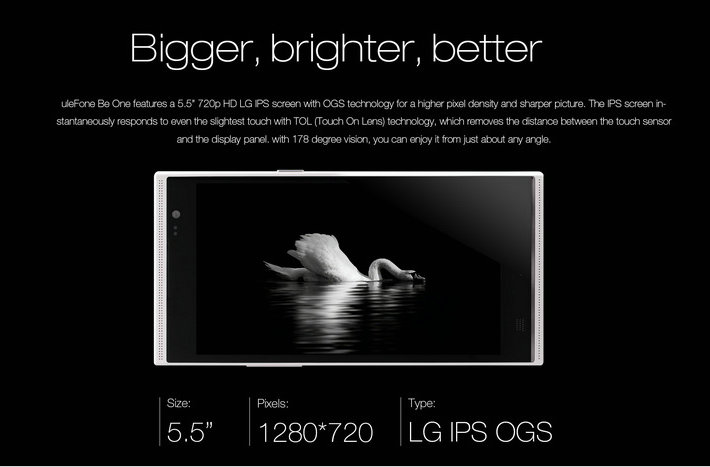 Ulefone Be One features are completed with a 13-megapixel rear camera with f/2.2 Sony aperture and a front camera of 5 megapixels, with 3G, 4G LTE, WiFi and Bluetooth connectivity, GPS, OTG, dual front speaker system, OS Android 4.4.4 KitKat and a battery of 2350 mAh.

Ulefone Be Touch, Cubot X10 and Ulefone Be One Review from 1949deal