If a smartphone does not leave anyone indifferent, it is better to talk about it. The Oukitel K4000 has a discount coupon code (EBK4000) that lowers its price to $113.89 only in Everbuying, where you can find the latest news at the best prices. 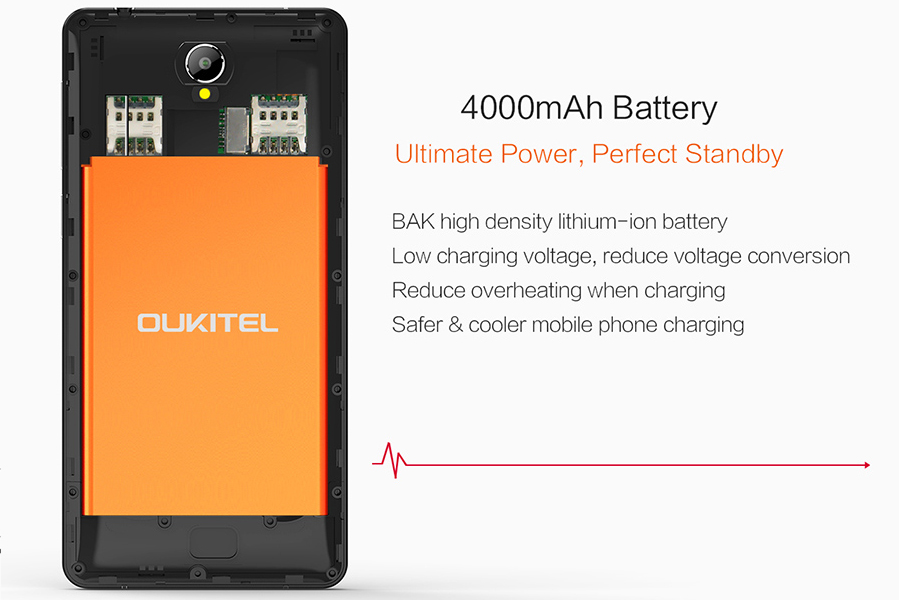 Because there is something that catches our attention in this case, and this is knowing that Oukitel K4000 can have a range of up to seven days autonomy on a single charge. But besides this, Oukitel reported that the K4000 is strong enough to withstand drops or shocks. It has a Corning Gorilla Glass 3 protection and is also waterproof. 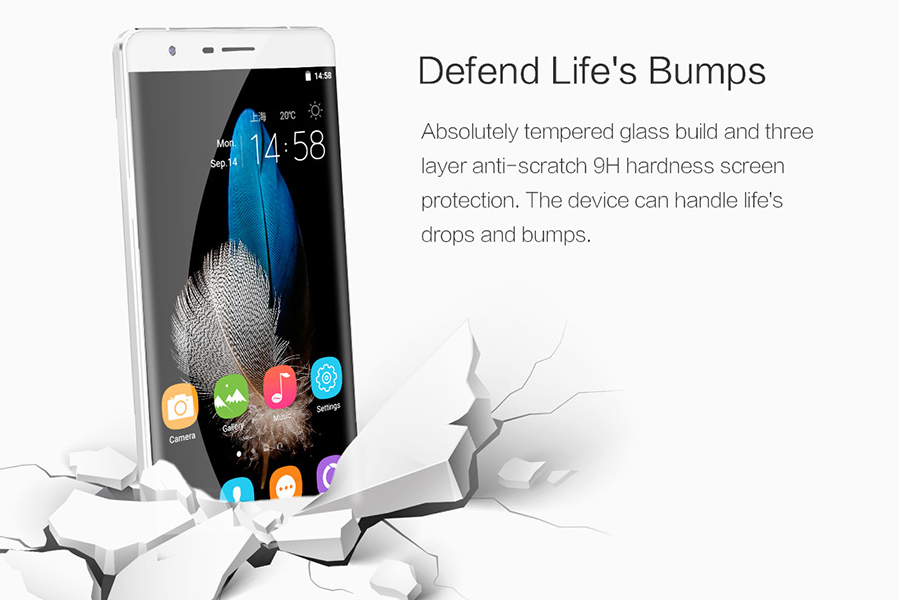 It incorporates a MT6735 processor of four cores at 1 GHz and 64 bit with 2 GB of RAM and 16 GB of internal storage expandable via microSD cards up to 32 GB. The GPU as usual is the Mali T720 and incorporates a 5 inch display with maximum HD resolution of 720 × 1280 pixels. Unlocked and a lot of languages (English, French, Spanish, Russian, German, Italian, Dutch, Portuguese). 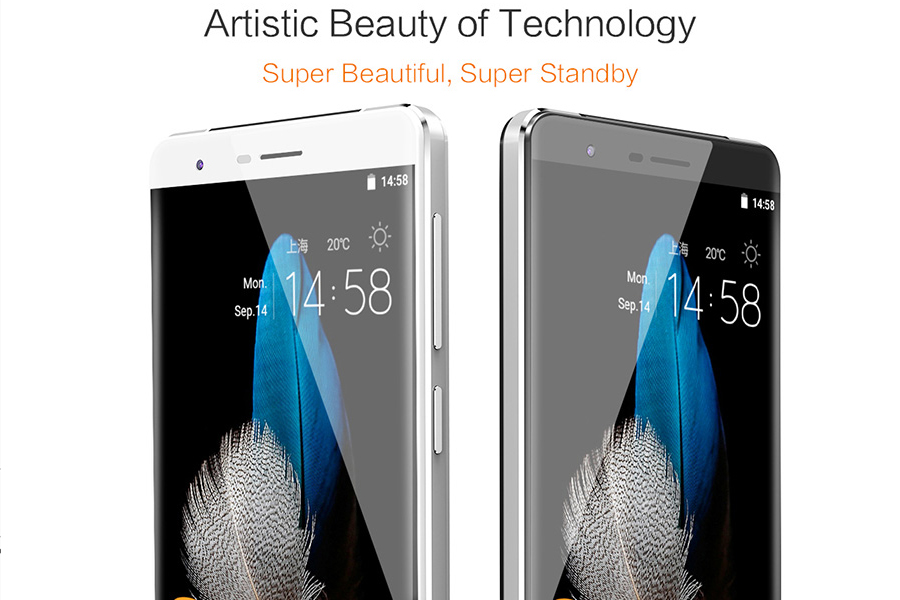 In the multimedia section, the rear camera has 8 megapixels (13 megapixels interpolated) with LED flash and autofocus with various shooting modes and HDR to improve capture in adverse light environments. The front camera has 2 megapixels and has also been interpolated to 5 megapixels. A simple but effective features for both video calls and all kinds of selfies pictures. 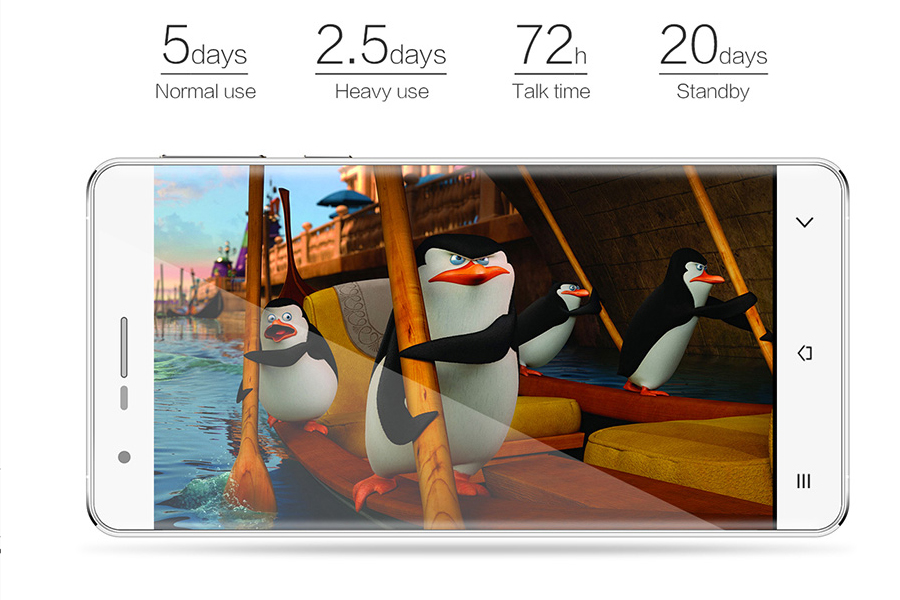 Apart from being a 64 bit terminal of next generation, the Oukitel K4000 includes 4G LTE connectivity, Dual SIM, Bluetooth 4.0, FM Radio, WiFi, GPS with A-GPS to position quickly and correctly. Finally, it features the Android 5.1 Lollipop operating system, a battery of 4000 mAh and the weight stays in the 145 grams that is not bad for such a battery. 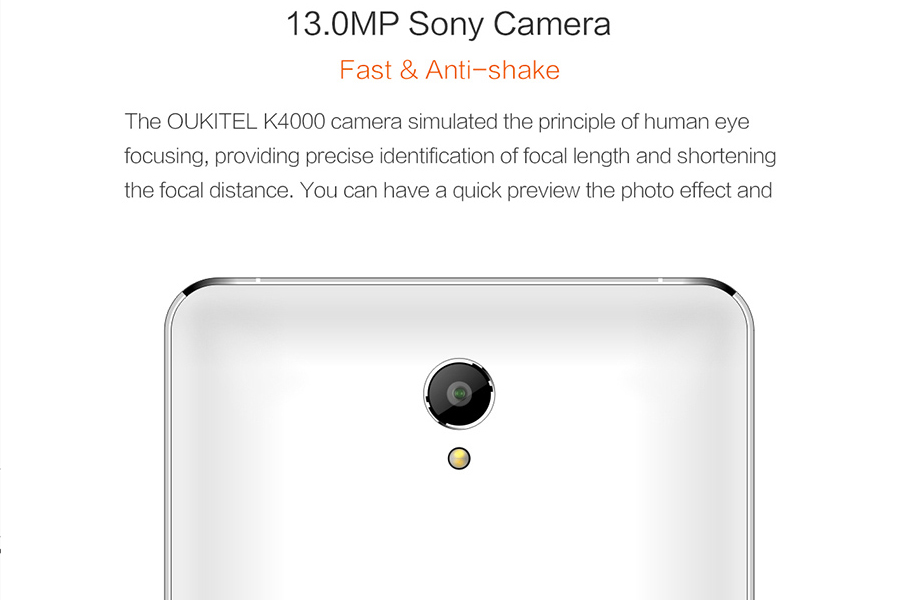