Kingzone Z1 is practically the perfect smartphone you can find, the new flagship of Kingzone. A new alternative to the the JiaYu S3 and Elephone P7000 which supports 4G and has a screen of 5.5 inches. The terminal also incorporates a fingerprint sensor on the back and is pre-sale on GearBest now for only $179.99 by using the following coupon code: GBKZ1. Kingzone Z1 will be released on March 25th. It is a very nice phone as we will see. Now with a much lower price for our readers. 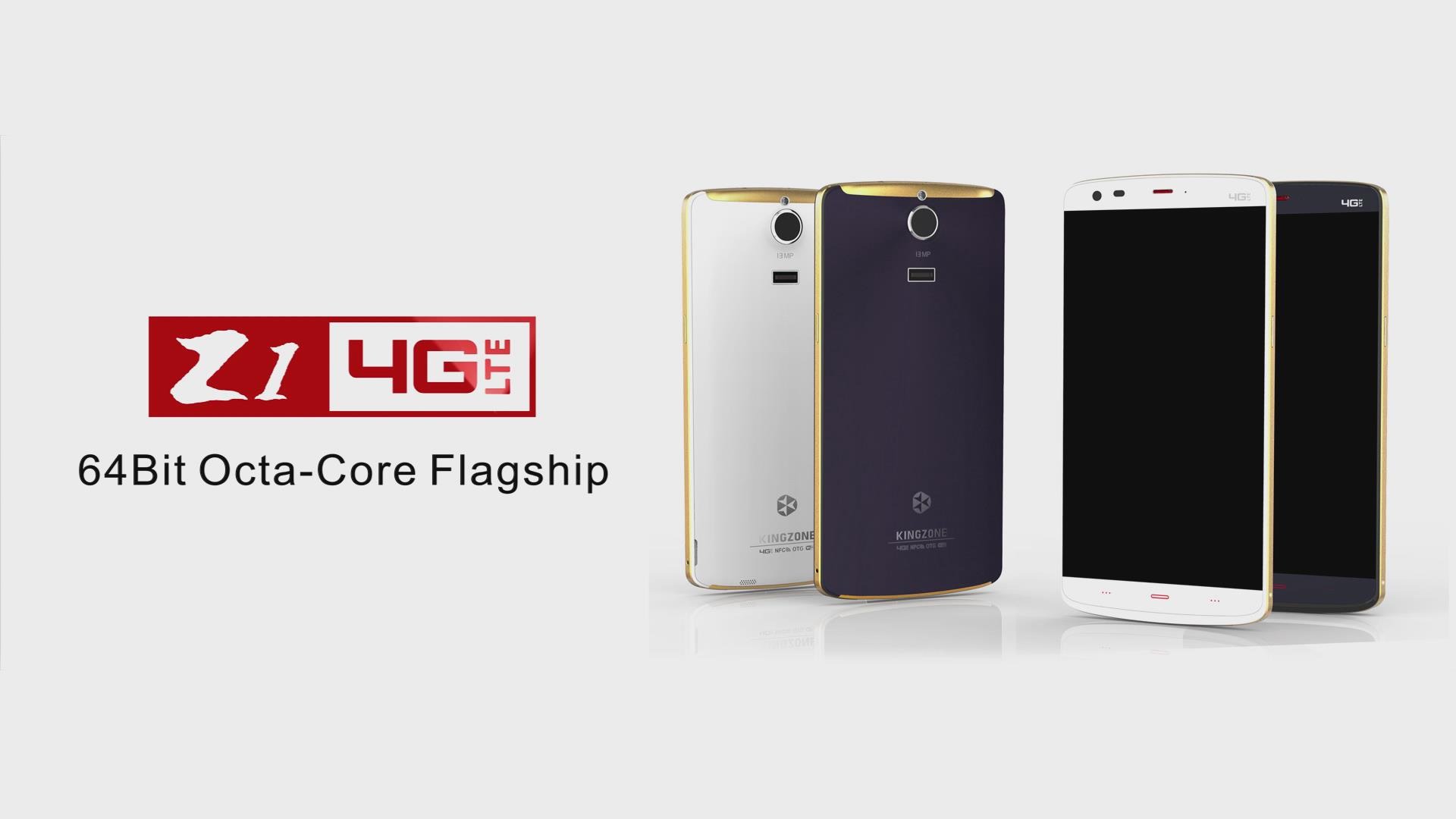 Kingzone do not want to miss its chance to enter in the 64-bit smartphone market and want to make an alternative for the JiaYu S3 or Elephone P7000. This alternative is called Kingzone Z1 and incorporates an Octa core 64-bit MediaTek MT6752 high-speed processing platform. This time the 64-bit MediaTek processor exceeds 42000 points (AnTuTu), so plenty of power for almost everything you imagine to do with a smartphone. The Kingzone Z1 graphics are very powerful, thanks to Mali-T760 GPU. The fingerprint sensor will allow us to have a more than safety device, just by moving your finger over the sensor to control the app. 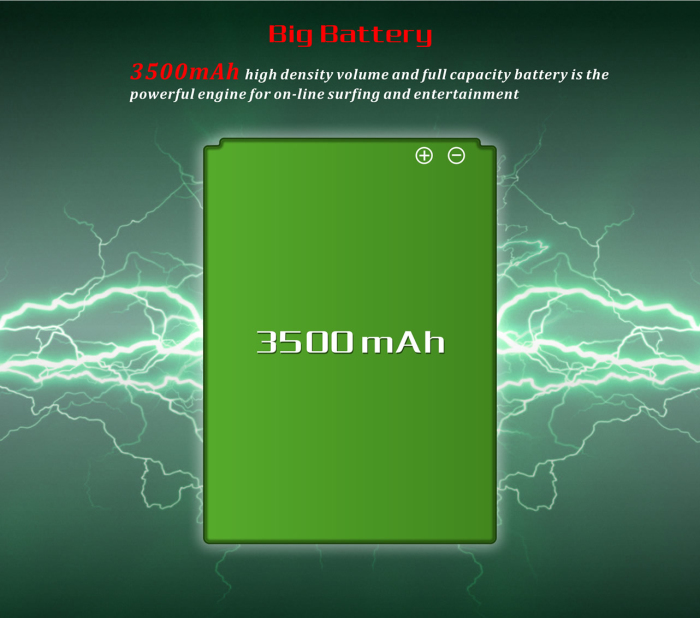 With dimensions of 143.8 x 71.8 x 7.3 mm thick we find a phablet built around an 5.5 inches IPS screen manufactured by JDI and with HD resolution of 1280 x 720 pixels, a LTPS capacitive touchscreen of 16M colors that includes Corning Gorilla Glass 3 waterproof protection and is backed by 2 GB of RAM (multitasking) and 16 GB of internal storage expandable up to 64 GB via a microSD card. 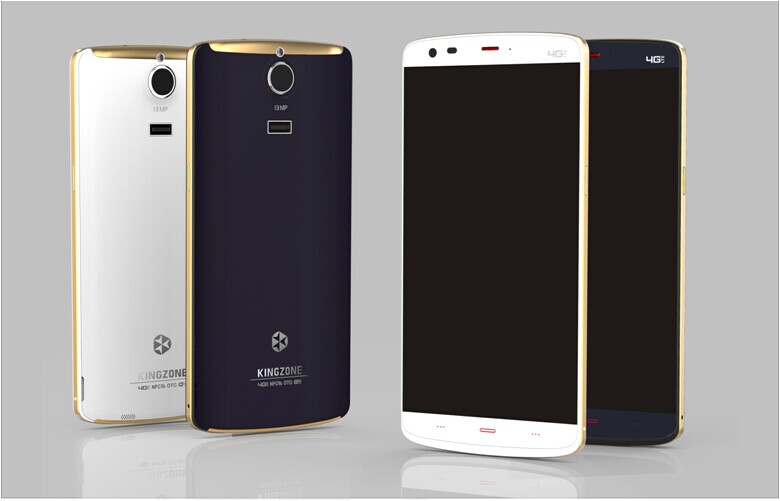 Kingzone Z1 is a smartphone that apart of featuring excellent Octa core SoC, which is powerful enough to handle very fluently the 5.5 inches screen with HD resolution, also includes a impressive photographic section, consisting of two cameras as usual in all smartphones, a 13 megapixels Sony camera located on the back, placed with an F/2.0 28 mm aperture accompanied by a LED flash and a fingerprint sensor, and a front of 8 megapixels. Kingzone Z1 is a worthy successor to Turbo K1. In fact this new device has the same strengths as its predecessor, and its striking design, made of metal and with a next generation processor. But also uses an aluminum chassis to provide a robust and lightweight (only 139 grams) structure. 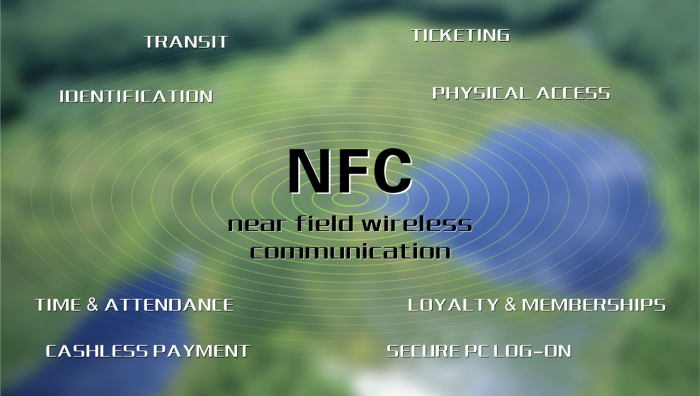 Kingzone Z1 supports DualSIM, FDD-LTE networks and a battery that will give us a great autonomy with very generous 3500 mAh. Other interesting features are that it has stereo speakers and NFC connectivity. Includes Android OS, 4.4 KitKat version (Lollipop on the way), but with the layer of personalization from the company called KOS in version 1.2. Kingzone Z1 features are complemented by 3G (900 MHz), 4G LTE (150/40 Mbps), WiFi 802.11ac, Dual-Band, Bluetooth 4.0, GPS, NFC (wireless technology with all the many advantages that means) and OTG connectivity , FM Radio, Yamaha HIFI YDA165 sound chip with DTS Dolby audio technology.