In terms of design, the silver edges give it a stylish look. Weighs 158 grams, distributed in a Full HD 5.5 inch screen. It is accompanied by 3 GB of RAM and the new and powerful Mediatek MT6752 processor, Octa-Core with architecture A53 and 64-bit at 1.7 GHz that has nothing to envy to Qualcomm and Samsung processors, for example. Speaking of the screen, this is a LTPS (Low Temperature Polysilicon) panel with 1080 pixels and a density of 401 PPI, which ensures excellent sharpness at all. It is available in two colors: iOcean M6752 white and iOcean M6752 black. 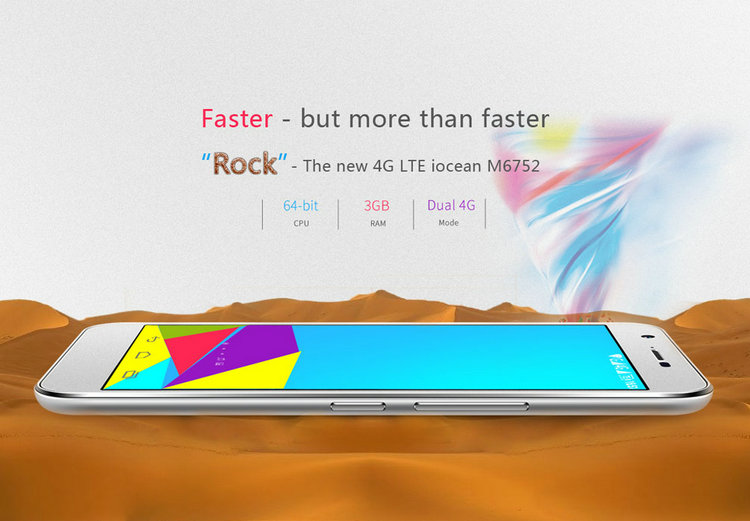 In photographic terms, iOcean M6752 features a front camera of 5 megapixels with ambient light sensors, proximity and LED notifications. As regards the rear, we found a 14 megapixel camera, flash and two speakers located at the bottom of the device. The color reproduction looks pretty good and viewing angles and contrast. The measurements are 154.7 mm x 76.9 mm x 8.2 mm, so you can say that this is a fairly small s according to the display, despite its size. 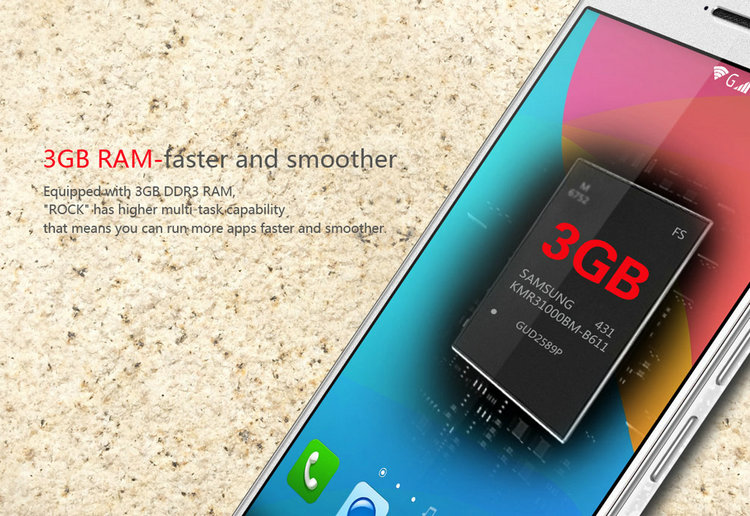 As if this were not enough, the iOcean M6752 includes other extras like screen unlock “double knock” ability to open applications using gestures with the screen off, improved sound, “HotKnot” system, which allows sharing files by touching the screen in two compatible devices (acts as NFC, but somewhat more limited) and something you have loved as root activation permissions from the terminal itself without the need for third-party applications. 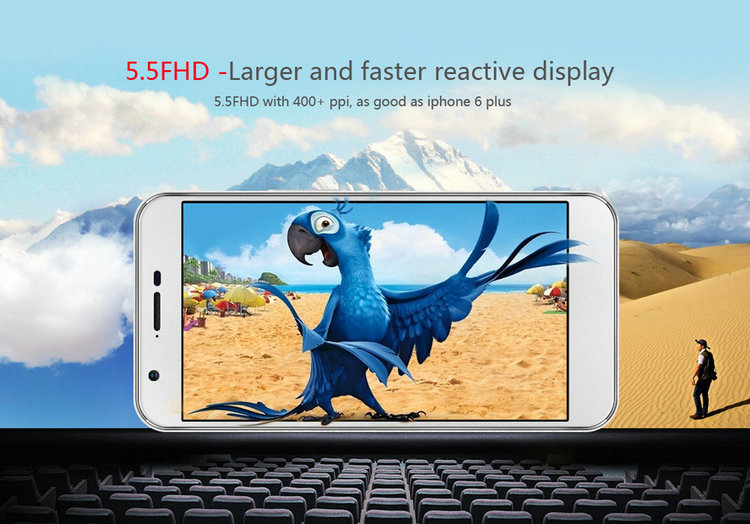 Another aspect where the iOcean M6752 shines is in its fast charging system which makes in half an hour to charge up to 70% of its battery. As for the operating system, it is Android 4.4.4 KitKat with promised update via OTA by the manufacturer to Android lollipop, which will further improve device performance by making a more efficient use of the 64 bits. It carries a very similar to MIUI customization.

Elephone P7000 is an interesting phablet (for size) with an OTG 5.5 inch screen and FullHD resolution of 1920 x 1080p backed by popular Octa-Core MediaTek MT6752 SoC of 64-bit, at 1.70 GHz (Cortex-A53) attached to 3 GB of RAM and 16 GB of internal storage expandable. It is impressive. The P7000 is built with a brushed alloy body. The back looks like it has a texture as if it were made of stone, similar to OnePlus One, with dual camera, actually a 16 megapixel rear camera with a fingerprint sensor and a front camera of 8 megapixels. The body itself measures 155 x 76 x 9.2 mm, which provides enough place for two SIM cards, SD card and battery of 3200 mAh, something really fine in terms of autonomy.

Apart from the Octa-Core processor, it supports LTE networks, FDD-LTE/1/3/7. The rest of the specs remain at the level with the addition of Android OS, 4.4 KitKat version, pledging their quick update to Android 5.0 Lollipop, chassis made of aluminum and it is available in two colors: Elephone P7000 Grey and Elephone P7000 White.

Gionee Elife E7 is a model with a 5.5-inch screen with resolution 1080, which also includes a particularly advanced rear camera with an OmniVision sensor (the Moto X also uses it) and has 16 megapixels and Largan M8 lens whose pixel size is 1.34 microns. Gionee Elife E7 is a high-end terminal noted for its processor, the Qualcomm Snapdragon 800 MSM8974AC in a new edition that makes their eight cores reach at 2.5 GHz frequency. It is available in two colors: Gionee Elife E7 black and Gionee Elife E7 white. 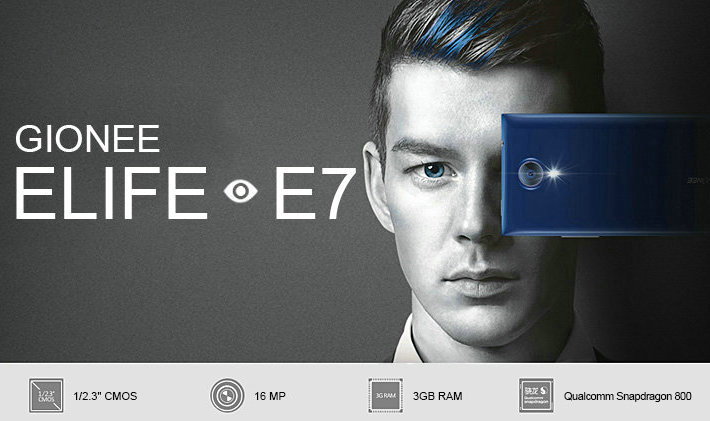 Chinese manufacturer also includes a set of three microphones for better voice quality on calls, plus a front camera of 8 megapixels, which has a pixel size of 1.4 microns identical to that of the iPhone 5, for example. Among the sensors included there is a barometer, NFC and WiFi connectivity, a co-processor called Hub sensor that reacts to voice commands (call this system “Friend”), touch screen and touch gestures when the phone is in standby. 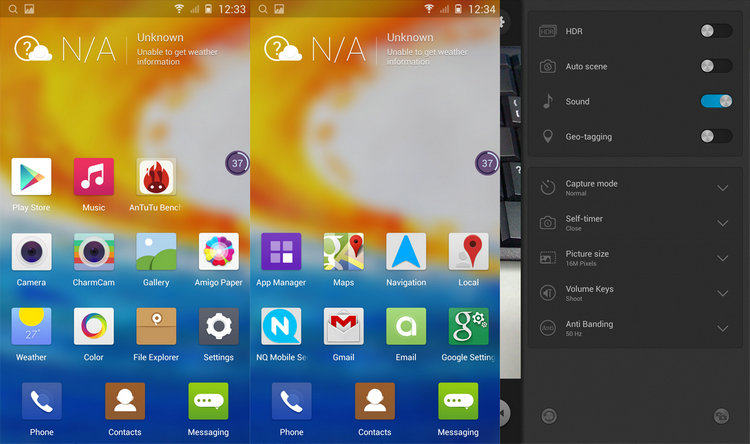 The battery seems to fall rather short with its 2,500 mAh, but the truth is that this terminal based on Android 4.2, with a maximum thickness of 9.5 mm, could become one of the stars of the momento with this unsurpassable price offered by 1949deal.