Sony has already presented the Xperia M2, the evolution of Xperia M. This new version can significantly improve the performance of its predecessor and comes to compete directly with devices like the Moto G. 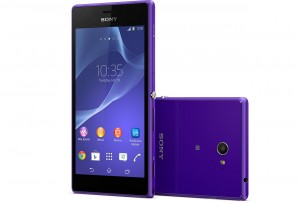 The rear camera has 8 MP and it includes an image sensor Exmor ™ RS and a new generation BSI light sensor. It also includes all sorts of features to get the most of Sony’s photographic technolog, such as HDR (High Dynamic Range) technology for images and videos, which allows you to acquire images with strong illumination contrast. Noise reduction also provides more vivid images and captures of clearer night scenes.

The Xperia M2 also includes several camera applications typical of Sony, such as:

– Social Live. To publish directly to Facebook from the smartphone. – Timeshift burst . To capture 31 images in 2 seconds. – Arr effect. To add animations to your photos and videos. – Picture effect. To add the effect that best suits your mood. – Background defocus. To defocus the background or foreground of your pictures. – Motiongraph . To add an animated effect to parts of the photo.

The device is waterproof, and will come with Android 4.3 Jelly Bean. Sony has announced its availability next April at the European market with a suggested retail price of €289. We can choose between 3 colors: white, black and purple.