Xiaomi Mi3 is available again after it sold out in less than two minutes last week. Now, the second round of sales has begun again for this Android smartphone…

The numbers of last week are impressive. The company sold 100.000 units in just the 90 seconds that the device was available, after the Mi3 was announced in early-September. If you don’t know the device, you might be wondering if everybody just went crazy. But no, people have their reasons, and there are quite a lot.

Xiaomi Mi3 can run Tegra 4 (to be used by Chinese customers who use China Mobile’s own brand of 3G) or Snapdragon 800 (which works with China Unicom and will support most international bands). Both phones have 2GB DDR3 RAM, and both use faster 120mps memory for storage. The Qualcomm version will run a 2.3 Ghz processor with Adreno 330 graphics. 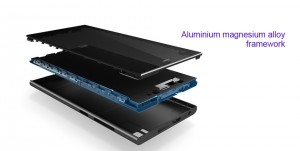 Xiaomi Mi3 also includes a 13 megapixel rear camera (from Sony) with wide angle lens and a 2 megapixel front camera with a ‘Beauty function’ app to enhance facial features. Images taken with the rear camera are really bright and sharp with an impressive detail.

However, the main reason for its success it’s the price. The base model of Xiaomi Mi3 with 16 GB is $320 (and $408 for the 64 GB model). The only device that can really compete with this smartphone is the awaited Nexus 5, which will be available anytime soon.