While final version of the app is still somewhere else, we must never lose sight of WhatsApp Beta, because it has just reached version 2.12.126 and although not shown openly, apparently, there are new options, functions or services that appear within many files and documents that give us clues about what they are preparing in the company now held by Facebook.

Here it comes the new beta of WhatsApp, and in version 2.12.1261, although on the surface it seems that no news, delving into their files we found many interesting indications paving the messaging leader who recently increased its functions with VoIP calls.

And it looks like Android APK can be downloaded from the official website where there are a total of 108 KB new with 381 added and 63 modified files, among which are the icons for the announced support for saving backups conversations and files on Google Drive.

That’s not all, because the most interesting thing is that a new file named “ic_bluetooth.xml” also suggests a new Bluetooth connection to connect in some way similar to any device or WhatsApp, there is what may be, or no, we will see. 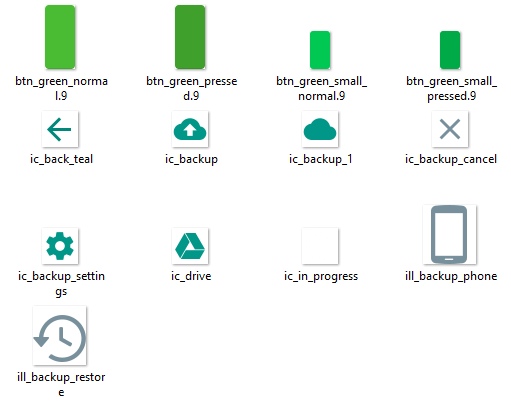 Clearly synchronization with Android Wear is discarded, since this is already available for some time as other options might suppose a connection with the new Apple Watch or new smartwatches that are coming and do not supporting Android Wear OS, but the manufacturer operating system. Finally, there are some news among these and flash control for rear camera, chat features, calling, location and so on.

It is true that WhatsApp already contains their desired functions, including the controversial calls and the necessary timing for WhatsApp website, the official messaging for browsers to continue to chat with your contacts without using your phone. But on the horizon there is no rumor of what we might find in the near future, as they have virtually all types of functions and is difficult to see any news that could come in the next betas.