The new Samsung Galaxy S7 and Samsung Galaxy S7 Edge were presented Sunday evening during a special event organized by Samsung in Barcelona, Spain, ongoing in the Mobile World Congress 2016, the most important exhibition dedicated to mobile electronics that begins officially today.

The new Galaxy S7 has a lot in common with its predecessors, but Samsung has worked to solve problems such as poor battery life and the inability to extend the memory of the device, which had led to criticism from users. This year’s models won’t share same mistakes but will have the difficult task of reviving sales and do recover market spaces Samsung lost these years against the competition.

Aesthetically, the new Samsung Galaxy S7 and S7 Edge are very reminiscent of the design of the S6 line from last year. Samsung gives them the same appearance, while maintaining the use of the finest materials such as glass and metal instead of the more “plasticky” casings used until the S5 line, and that helped to give the idea of a less solid phone compared to Apple iPhone. The Galaxy S7 has substantially the same dimensions as its predecessor, with edges and corners redesigned to make it more comfortable. In the back the hump formed by the camera lens is less pronounced, as the sensor for fingerprints is improved at the front, with softer edges. The Galaxy S7 has a screen of 5.1 inches (HD Super AMOLED) as the previous model and, from some angles, very much reminiscent of the design of the latest iPhone models. 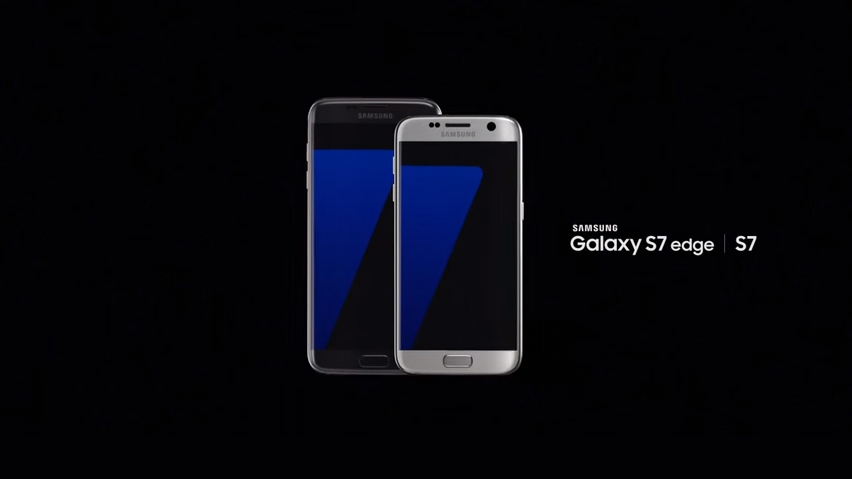 Samsung has also made some changes to its Galaxy S7 Edge, the alternative model that stands out above all for its screen, slightly curved and continues on the edges of the phone: it has been enlarged and has dimensions of 5.5 inches. Also in this case the Samsung designers have worked to refine better compliance to the Edge last year design, with the most inwardly curved rear part to make comfortable for the handgrip. Early reviews say that despite the larger screen size, the Galaxy S7 Edge is not cumbersome as you would expect, and for some it is more practical as the standard model.

The Samsung Galaxy S7 has a maximum internal memory of 32 GB (in some countries Samsung will market also with 64 GB), but compared to the previous series is again the possibility to expand it by adding a external microSD, one of the things traditionally more loved be the Samsung users. Depending on the country where they are sold, the S7 is equipped with a processor Qualcomm Snapdragon 820 or Exynos made from the same Samsung, for both models RAM has 4 GB. To charge the new phones you can find a classic Micro USB port and not a new USB Type-C, considered the new standard by leading manufacturers. Samsung believes that it is a still immature technology and preferred to keep the old one, and avoid compatibility problems with other devices.

The S6 series had some problems with the battery life, and that’s why Samsung has expanded to offer greater autonomy. The Samsung Galaxy S7 has a 3000 mAh battery against the 2550 seen in the S6, and S7 Edge has a 3600 mAh against 2600 from the previous year. Simplifying, the batteries are larger and therefore store more electrical energy: Samsung also maintained systems for quick charging, which serve to bring the battery up to about 30 percent in less than 15 minutes.

Samsung has worked very hard with the camera of the new Galaxy S7, in a move that may surprise some users: while the S6 series had a definition of 16 megapixels, the new one stops at 12 megapixels. This does not mean that the photos taken with your new phone will be of lower quality: Samsung says the Galaxy S7 has mounted a new sensor with more pixels wide and allow capturing 56 percent more light, so with more realistic colors even in low light conditions. To this is added a new lens system that helps to send to the sensor a quarter more light compared to S6. Samsung has also made much faster camera startup and added some features that are usually found in the SLR (DSLR).

The Samsung Galaxy S7 and S7 Edge always show the time on the screen, along with the most recent notifications, even when the phone is not used. Samsung says that this option does not have a particular impact on the battery, also there are some tricks to turn it off automatically when, for example, you hold the phone in your pocket.

The S7 is using Android 6.0 Marshmallow, the latest version of the OS from Google. Samsung has added some applications and customizations to the OS, but giving itself a regulated form that wasn’t there in the past when, according to many users, clog its Android smartphone with additional features often useless and they had the defect of slow them down and steal memory.

Samsung has recovered a feature of the S5 series disappeared in the next version and that, despite some criticism, was evidently liked by its users: the impermeability. The new models of the S7 series are waterproof and dustproof (IP68): although it is not advisable to try it for yourself, Samsung says the Galaxy S7 can be under the water to 30 minutes without damage. The device doors are sealed, so there is no longer the need to protect them with the uncomfortable rubber flaps.

During its event in Barcelona, ​​Samsung also showcased the Gear 360, a video camera that is used to take photographs and shoot video at 360 degrees, through a software also supplied by Samsung. The device should encourage the adoption of viewers for virtual reality as the Samsung Gear VR, using standard adopted long ago by YouTube and Facebook, which with its CEO Mark Zuckerberg is focusing a lot of this kind of technology. In fact, from the stage of Barcelona ​​Zuckerberg announced a partnership with Samsung to promote the adoption of virtual reality systems.

The new Samsung Galaxy S7 and S7 Edge will be available from mid-March in the US and other parts of the world, including other European countries. The 32 GB model costs € 729 and can be pre-ordered on the Samsung website, with an offer that includes a Gear VR gift.