LG has just introduced three the new tablets of the G Pad series. These three midrange tablets are designed for a wide audience. They are available in three sizes: 7.0 inches, 8.0 inches and 10.1 inches.

All three tablets carry a quad-core processor running at 1.2 GHz, 1 GB of RAM and a True HD IPS display, with 1200 x 800 pixels. Each one has a microSD card slot, although the size of its internal memory differs in each model. Below you will find the specs of each one. 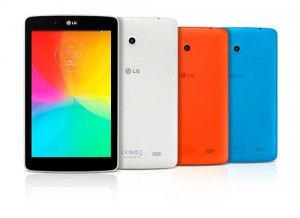 LG has also decided to enhance the possibilities of connection between smartphones and tablets by QPair 2.0, which permit to connect easily the two devices via Bluetooth. Thus, we can receive mobile notifications and respond to them from the tablet. To increase the potential of this type of connection, LG has offered the SDK for developers, which can be downloaded from the of LG Developer website. 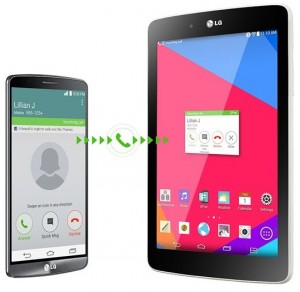 All three tablets will also have Dual Window, which allows you to split the screen into two parts and run two applications simultaneously. They also carry the LG Smart Keyborad that LG had filed with the G3. This keyboard greatly reduces the number of mistakes we make when writing thanks to its ability to learn from our writing style, very efficiently predicting our next word.

The three G Pad tablets display a simple and clean interface, following the style of the new LG G3. They include the KnockCodeTM mode locking, which allows you to unlock your device with a combination of touches on the screen. Each G Pad can store four different codes, so that different members of the same family can use the same device without having to share the data or the customization of the tablet.

The G Pad 7 will be available in Europe this week, and the other models will come the next weeks.The new G Pad will be available in five different colors: white, black, red, orange and blue. However, the price has not been announced yet, we will need to wait for them to reach local markets.