Next year, another title for the tank combat genre will come to Android and Windows 8 markets. Game Insight is about to launch its bigger iOS game, Tank Domination.

Tank Domination is set in 2023, where the world is not ruled by any government. In that scenery, different massive corporations maintain an all-out war for the planet’s resources. Now the only law is the force. In order to keep its ground, each corporation has an army of mercenaries, equipped with all sort of tanks. You play as one of these mercenaries, with three tanks at your command. 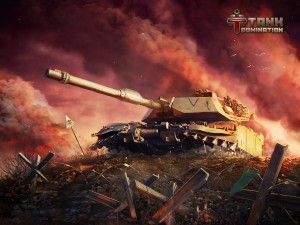 The tanks available are authentic and realistic, based on real vehicles from the armies of China, Russia and the United States. We can choose tanks from four different categories: Light, Medium, Heavy and Artillery. Each one offers some advantages and some drawbacks in terms of speed, durability and firepower.

Once you start the game, you have you personal tank hangar where you can purchase equipment and upgrades before going into battle. You have 30 different vehicles to select from and 3 ammo types – HE, AP, and HEAT. Each type has its damaging properties and reloading time among others, and you can switch ammo tlnoeoypes during the match depending on your firepower and the capabilities of you enemy. You can also customize your tanks in several ways, such as the treads, the turret, and the main gun among others. 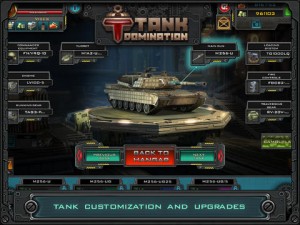 The combats are in real time, with realistic 3D graphics. Two teams of 2-10 players fight to capture the Flag. The game combines perfectly the strategy of the battle with the intensity of the combat. There is also a quick-chat system that lets you communicate with your teammates in order to coordinate the strategy. The environment is destructible, so you can knock down buildings and walls.

Tank Domination is currently available for iPad2 and later.