Skype for Android updated with new UI and videocalls enhancements

Skype for Android has been updated to version 4.4 with enhancements like new UI for tablets and better video calls quality. This update is a major improvement and perfecting two very important elements of the application. First, it improves the interface for Android tablets. This new interface for tablets will be much more friendly and intuitive for users of Android . In addition , this new design resembles the style of Windows8 with what users of Microsoft operating system will be familiar with this aspect. Microsoft hopes to increase the number of users in your messaging application and appease those who criticized the interface for tablets was a scaling mobile version . During the next few hours will be available on Google Play Store Skype version 4.4 so be patient.

Besides improving the interface, Microsoft has added in this update of Skype improvements in quality of video calls , something that many users long expected as is gradually increasing the number of users who daily communicate through the visual system . These improvements can be found a very significant increase in the quality of video that is sent to the person you’re speaking depending on the Internet connection we have. So, if we have a cable connection with very high speed and our receiver has the same, transmitted video quality will be a very high quality video, maybe up to four times greater than that sent so far. Besides all this , Microsoft has included in this update other improvements over the audio , accessibility , usability of the application … Do not wait … Try it! 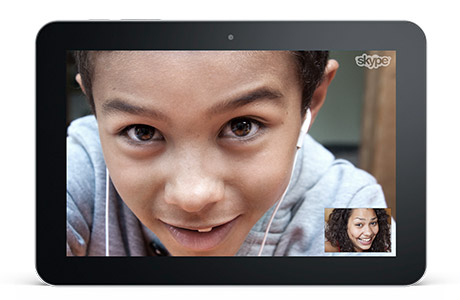