This week is crucial for the leading manufacturers of Android devices because we have one more year the event known as IFA located in Berlin. Therefore, it will be a decisive week where each firm has to expose their bets and stand out from the rest.

In the case of Samsung, they have not wanted to wait and have made official their new smartwatch, the Gear S2. They are betting, like so many, by circular design and two variants for audiences with different interests and objectives. A year later, after the first Samsung Gear S reaches the successor, with many changes and focusing on a much more minimalist, classic and modern design at a time, leaving aside the square form factor that ended up not convincing many users of Android.

The big news is that it will not use Android Wear as other smartwatches, instead, it will not for a proprietary operating system called Tizen. It seems that this same connectivity limited only by matching them with Samsung devices, so if you want to make with it, you may purchase some other terminal of the company. 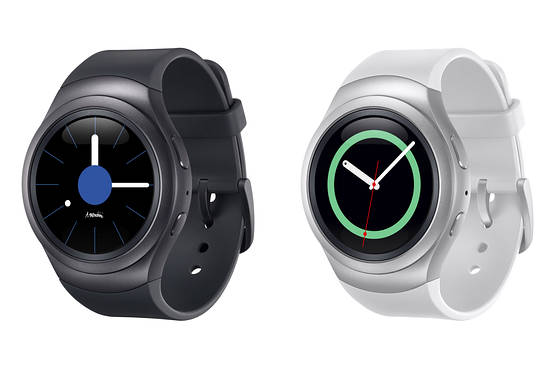 In the case of Samsung Gear S2, come in two versions: one call simply Gear S2 and the remaining that add the ‘Classic’ to be directed to a segment of people who prefer more classic design, with belt skin and metallic tone.

If we enter fully into the realm of the specifications we are convinced in a good way. It starts with a Super AMOLED screen of 1.2 inches round with a resolution of 360 x 360 pixels and 302 dpi, Exynos 3250 dual core processor at 1 GHz and Snapdragon 400 for the 3G model, along with a battery of 250 mAh or 300 mAh for the 3G model too. It has 512 MB of RAM, 4 GB of internal storage, Bluetooth 4.1, Wi-Fi, NFC and resistance to dust and water with IP68 certification, waterproof up underground 30 minutes.