Every new day we find more confirmations about the great success of the Samsung Galaxy S8 release. The new generation of smartphones developed by the Korean manufacturer seems capable to do much better than the Galaxy S7 last year.

The Samsung Galaxy S8 and also the S8 Plus, in essence, have been able to make forget the collapse generated by the Samsung Galaxy Note 7. Many merits against an explosive hardware, fighting back with great specs and futuristic design that stands out for an impressive screen (5.8 inches and 6.2 inches depending on the model).

Recall that, according to a Yunata Securities analyst, the Samsung Galaxy S8 (both variants together) should sell around 50.4 million models in 2017, and over half of them (53.9%, or 27.1 million unit) should be represented by the Samsung Galaxy S8 Plus. These numbers are incredible even in a world, this one of the smartphones, in which every day there is more competition. Of course, at the same time, there are more fans of brands. 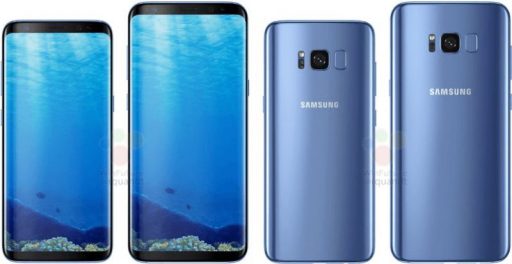 From the technical point of view, the new Samsung Galaxy S8 and S8 Plus feature a revolutionary display featuring the unrivaled ratio of 18.5:9, which results in a reduction in the upper and lower frames (with the fingerprint sensor at the back and the introduction of virtual screen keys). The Samsung Galaxy S8 features a dual edge display featuring Super AMOLED technology, with a diagonal of 5.8 inches and a QHD+ resolution of 2,960 × 1,440 pixels. The Galaxy S8 Plus offers the same technical specifications but has a 6.2-inch display.

Both displays support Always On mode to display notifications even when the screen is off. The front screen, as well as the rear cover, are made with Corning’s Gorilla Glass 5, absolute shock and scratch resistance. To manage everything, there will be the SoC Exynos 8895, a new generation chipset designed by Samsung and manufactured with a 10 nm production process. The SoC incorporates an Octa-Core CPU consisting of a 2.3 GHz Quad-Core and a 1.7 GHz Quad-Core Cortex A53. The GPU is a Mali-G71 MP20.

The specs are completed with 4 GB of RAM, 64 GB of internal memory, a 12-megapixel rear camera with f/1.7 aperture, and an 8-megapixel front camera with f/1.7. For unlocking, in addition to the rear fingerprint sensor, front face sensors and iris scanner are located. Regarding battery life, the Samsung Galaxy S8 incorporates a 3,000 mAh battery while the Samsung Galaxy S8 Plus has a 3,500 mAAh battery.