The new Samsung Galaxy Note 7 will be back gradually and will be available worldwide. The announcement was not given by the Korean company, but recent photos have meant that sales should start from the Chinese market, where the first variants were spotted, and then will move to South Korea in the next months.

The thing goes beyond what was originally promised when the defective models were recalled last fall when it appeared that sales would resume on September 28 in Seoul, while in October it would be the turn of the United States, Australia and Singapore.

As far as Europe is concerned, Galaxy Note 7 would have to arrive at the end of October, with a larger number of units for France, Germany and the United Kingdom. Instead, for the debut in other countries, it was estimated at the beginning of December.

Not all of this has happened, but with the new variant that seems to have been revised in substance, with a safe battery, albeit less capable ( resulting in obvious weight loss) could soon be part of online and offline markets around the world, at a price of around $ 600. 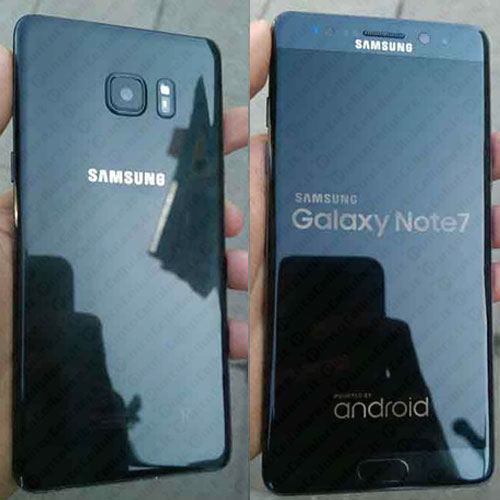 At the level of specs, the refurbished Galaxy Note 7 differs with the 3.200 mAh battery, instead of the 3.500 mAh battery from the original version, which was the protagonist of several explosions that forced the product to be withdrawn from the market. According to what emerges from the image, we will find a ‘R’ engraved lower right on the back panel, reminding buyers that it is a refurbished version, with a safe battery.

The flop matured in the last months of last year with all the battery problems was not only a financial blow, with billions of billions of dollars in losses, but also a hard hit at the level of image, with Samsung still trying to restore its value today. Samsung released a report on why the Samsung Galaxy Note 7 batteries were unsafe and, in some cases, exploded or burned. But shortly, a new report about this smartphone’s factory call is expected, with data, graphs and explanations on the way it is adopted.