According to rumors, the new Samsung Galaxy Note 7, pre-orders from August 2, may have already include Google’s new operating system Android Nougat. Here are the pictures and all the details about.

These are the images of the new Galaxy Note 7. Some rumors had spoken of a possible pre-installation of Android Nougat (latest version on hold by Google) in the new device, but time seems to refute this possibility. According to the official source from Mountain View, the new Android operating system will be available only at the end of the summer, so far from the release of the new Samsung smartphone for August 2.

Given, however, the release date of the device and operating system so close, there are those who have speculated that Samsung has not provided an update of Android. This solution seems unlikely, if you think that Samsung still has not enough data about the new operating system in order to prepare for an upgrade. The only way for Samsung to immediately get the new Android Nougat operating system would delay shipment, but this provides for an agreement between Google and Samsung before the official release of the operating system, which has never happened so far. 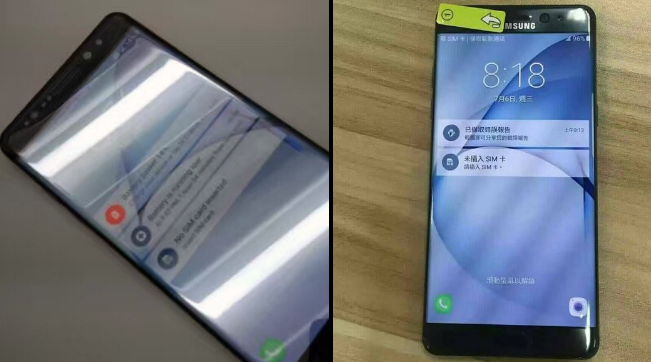 Unfortunately, to be sure of what will Samsung do and if there will be a more unstable version, at least for now it provides access to Android Nougat, so we will be forced to wait the arrival of the device in early August. The new Galaxy Note 7 is among the most anticipated smartphones of the year. According to the latest images leaked and rumors, this Samsung smartphone should have a slightly larger screen than the Galaxy S7, which keeps the same design and, perhaps, some functions regarding the camera and user experience.

As we see in the pictures, the Home button has been slightly modified, while the focus on the camera is vaguely reminiscent of a S7 Edge. No word yet on which processor will be there for this device or if there are different colors to choose for the cell phone. Even impossible, to date, establish a price for this device, which looks like a novelty for Samsung.