After being released in China last month, the update to Android 7.1.1 Nougat also comes to the Nokia 6 sold in Taiwan and Hong Kong.

Hence, the update process of the current model of the smartphone launched by HMD Global with the famous Finnish giant brand (smartphone announced internationally at the Mobile World Congress 2017) continues.

The company with a note said that the update in question weigh” 1.8 GB and also contains security patches for May, confirming the commitment taken with users to release monthly updates.

We remind that the new features introduced with this update include, in addition to the OS version, enhanced background management and power consumption management, adding dual-SIM and dual-standby 4G/3G support, updated USB Nokia drivers and the latest versions of preinstalled apps.

In addition to all the new releases of Android’s minor release, the firm’s changelog released includes several enhancements not implemented in the previous firmware. 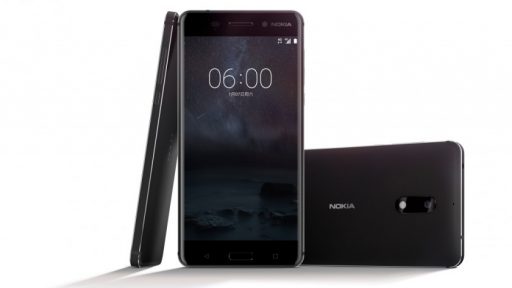 The technical specs speaks clearly, we are facing a mid-range smartphone, but it can defend itself well with a good hardware. The Nokia 6 display has a 5.5-inch screen with FullHD resolution (1920 x 1080 pixels) protected by Gorilla Glass 3 with 2.5D finish, great for the price range. To move all there is the Qualcomm Snapdragon 430 processor with 1.5 GHz and octa core CPUs Adreno 505, combined with 3 GB of RAM LPDD3. For our market there is another version called Nokia 6 Special Edition, featuring 4 GB of RAM and 64 GB of internal memory, double the 32 GB of the standard version. For both models, the internal memory can be expanded by microSD up to 128 GB.

In the photographic section we find a 16-megapixel rear camera with dual tone flash, phase recognition, autofocus, micron pixels, and f/2.0 focal aperture. As far as the front camera is concerned, it has 8 megapixels and f/2.0 focal aperture, to complete a complete set of features. The battery has 3,000 mAh and supports the Quick Charge 3.0 technology, which is remarkably large in relation to the low power SoC on board.