Android 4.4 KitKat has been designed to run faster and responsively on a wide range of devices, including phones with 512 MB RAM. Developers say that KitKat streamlines all major components to reduce memory use and introduces new tools and APIs to create innovative and memory-efficient applications.

This version has introduced a tremendous amount of new features, most of them almost invisible if you don’t dig below the surface.
This Android version incorporates lots of improvements, many of them focused on memory-efficiency and responsively. We are going to dig here into the new media capabilities:

Screen recording. There is an app that supports screen recording and lets you capture video as you are using your device. This is a very useful tool, as you can now create tutorials for your apps, test materials and much more. To access screen recording through the adb tool, use the command adb shell screenrecord or launch it from de DDMS panel in Android Studio.

Loudness enhancer. Media playback applications can increase the volume of spoken content by using the new LoudnessEnchancer effect. It acts as a compressor, tuned for speech. 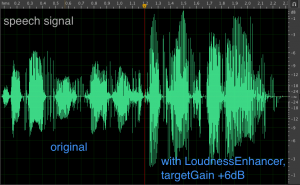 Audio Tunneling to DSP. Audio Tunneling to a digital signal processor (DSP) in the device chipset offers high-performance with lower power audio playback. It improves dramatically the battery life. In the case of Nexus 5, the battery can offer a off-network audio playback time of 60 hours, 50% hours that non-tunneled audio. Media applications can use audio tunneling to optimize audio playback on supported devices without any code modification. However, it requires support in the device hardware. Android developers say that they are working with their partners to make the chip available.

You can find more information at Android Developer.