Moto Z2 Play will be thinner, but will have a lesser battery

A few weeks ago appeared an unofficial render of Moto Z2 Play, the new smartphone of the Chinese company that should be launched this year. Today we find that the second generation of this device should not introduce some novelties, but it would be a simple “upgrade”.

Future successor to Moto Z Play is making great strides towards the official presentation, which should not take place before June in view of a marketing expected for the summer.

As it was easy to expect, the name chosen by Lenovo is Moto Z2 Play and in the past few weeks the render revealed a design very similar to that of the predecessor. What had not yet been revealed was a detail that will hardly make many of you happy.

Evan Blass (the renowned @evleaks) has revealed on VentureBeat many of the alleged specifications of Lenovo’s future smartphone, such as the SoC that should be a Snapdragon 626, RAM and internal memory that would increase from its predecessor by 4 GB and 64 GB.

The camera would have a resolution of 16 to 12 megapixels, but a f/1.7 focal aperture, the display should remain the same AMOLED Full HD 5.5 inches, finally talking about the thickness of the smartphone and battery capacity.

Moto Z2 Play: worse battery life than in the predecessor 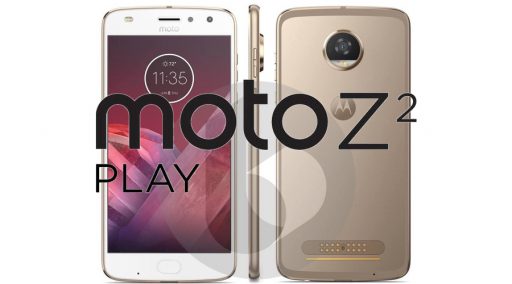 It can not be said that Moto Z Play was a smartphone with a very thin, reaching just 7 mm, however, made it possible to count on a very large 3,510 mAh battery (one of the best aspects of the smartphone last year), the second should have a 3,000 mAh. However, for its successor, Lenovo seems to have thought to reduce the thickness of 1 mm by sacrificing the battery, which should have a capacity of 3,000 mAh, reducing the battery life declared by 50 hours of the first Moto Z Play at 30 hours for Moto Z2 Play.

In view of the battery with less capacity, Z2 Play should not only be 1 mm thinner, but also be lighter than 20 grams compared to its predecessor. Finally, we remember that Moto Z Play, last year, was presented in August. But according to the latest rumors, the new generation could be presented a couple of months earlier, as in June. However, as soon as we get more information about it, we will not delay communicating it.