The Microsoft Translator application is updated with new features: from the image translation to the translation of portions of the text by the context menu. In February, Microsoft made Translator available to users of iOS with this new function, but now the Redmond company has provided translations for images to Android.

As already provided for Windows Phone since the 8.0 release, andrecently updated for the iOS users, now Android users can rely on the integrated OCR system of the translator and see the translation displayed as they need an overlay to the desired image.

It is a feature also available for the Google Translate app for Android and iOS, however, it offers a greater number of languages than those supported by Microsoft. The update of Microsoft Translator also adds new language packs for offline translation and it offers Android users the ability to instantly translate short sentences, selecting them from the texts with which you are interacting, in the context of the app or web browsing, and choosing between Translator with additional options than traditional copy, paste and share. The same function is integrated in Android 6.0 for users who have installed the Google Translate app. 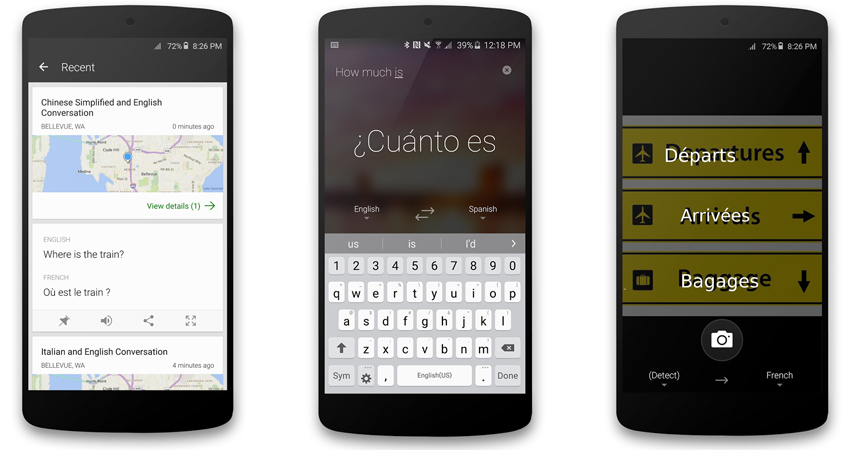 Users who have a smartphone with Android 6.0 Marshmallow, or higher, can take advantage of the new APIs that enable the application to select and translate the text without having to leave the application running. Finally, it has extended the number of language packs available for download in order to take advantage of the online translation services, thanks to the introduction of 40 new languages. These include Japanese, Chinese, Korean, Arabic, Spanish and Portuguese.

Before, the tool supports 21 different languages, although you can change the settings, because the application automatically detects the language to be translated. The software is also able to translate without requiring users to change pages, although the only downside of this is that the user must obligatorily have the latest version of Android. Since, for now, Marshmallow is installed on only about 4.6% of Android devices, it seems that most users will not be able to take advantage of these features. In any case, the update is available through the Google Play Store.