HTC has had a bad year in terms of sales and therefore is rushing to introduce new smartphones with which offset the poor poor results of its flagship and mid-range handsets, HTC now offers HTC One X9, a metal construction with luxurious touches such as fingerprint reader or high-performance cameras.

Also for this reason, HTC has recently presented models such as the HTC One A9, which has been described as a copy of the iPhone, and now has officially presented the One X9 which had already leaked a few weeks ago. The official announcement does not include many surprises regarding what had already been leaked, and that’s what the HTC One X9 will be: a big screen with 5.5 inch, Full HD resolution and a design in metal with a lot more personality in it than in the A9, which front and rear parts also seem to stop wanting to be so obviously like the iPhone.

At the front, the detail that gives that character are the two bands as a distinctive touch at the top and bottom of the smartphone, which are four speakers that deliver more powerful sound but frames that make them larger and well detract elegance to this device. On the back, the camera module is inserted into a piece of glass, a bit reminiscent of Huawei Nexus 6P. 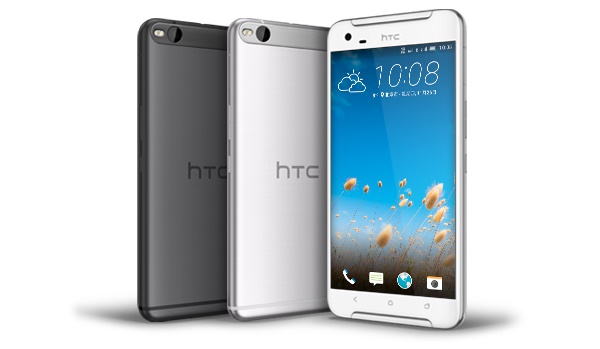 In terms of performance, the HTC One X9 is a midrange with luxury finish and interesting cameras. The back has 13 megapixels and is accompanied by optical stabilizer and dual LED flash bicolor. It also has some not so usual features as 4K video recording. The front camera, without flash, has 5 megapixels, has lenses with aperture f/2.0 and can record Full HD videos.

Inside, as rumored, the HTC One X9 uses the powerful MediaTek Helio X10 chip of eight cores and 64-bit at 2.2 GHz with PowerVR G6200 graphics system, together with 3 GB of RAM and 32 GB of storage expandable via microSD card. The battery has 3000 mAh and the terminal will be released with Android 6.0 and HTC Sense Customization. For now, the release is restricted to the Chinese market and will be available at a fairly reasonable price.