HTC has updated its top of the range with Android security patches of August also implementing the “Security Patch Levels” inside with info on the phone, a lack that had bothered to multiple HTC 10 users, and rightly.

In fact the company had decided to hide the level of smartphone security without apparent reason, preventing the less experienced to know what was the right of the device protection. Fortunately everything has been changed and fixed. The update is being released for all devices and even every country will receive it within a few days. We remind you that the HTC 10, along with other smartphones of the house, will receive Android 7.0 Nougat in the coming months.

Moreover, few days after the start of the official deployment of Android 7.0 Nougat, we know through its official Twitter account, that the Taiwanese company announced some new details about the arrival of the update for some of its terminals starting in Q4 2016. The company in fact, plans to update the unlocked versions of HTC 10 latest Android distribution starting from October 2016, with One M9 and A9 ready to follow soon after. 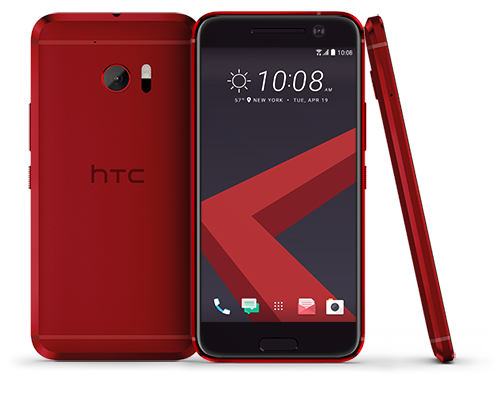 HTC confirmation of the timing slightly higher for the devices that need further testing and software approvals although we always talk of Q4 and then within the end of 2016, while we wait for more news about HTC Desire 10, Pro and Lifestyle, planned for the third quarter of this year, as top economic variants of HTC 10 range.

Finally, remember that HTC 10 is discounted $ 100 by the company on its official store (€ 100 in European countries), using the HTC100 code at purchase. The promotion is valid from August 18 through August 31 (but in other countries from 25 August to 14 September 2016), and includes the colors Carbon Grey, Glacier Silver or Topaz Gold. Included in the package, the headsets audio high-res and the quick charger, for a total, already served. However, if you are looking for a cheaper price, following the link provided in the first paragraph, you can find it.