Google TV into the sunset, the future will be called Android TV.


Google TV into the sunset, the future will be called Android TV.

Present on the market for three years, Google TV has not reached the expected success because of the complicated processes of installation and the low estimate of content providers, so there may be soon some news. Persistent rumors from Korea on the last conference “Android TV Developer Day”, held in the East about the new technologies, have leaked that would be possible a change of name from Google TV to Android TV.

Nothing official, but there are different rumors. Although Google has not confirmed (or denied) the sale of the brand, came to light on the American blog GigaOm the news that it has already been pronounced the name Android TV. Probably will not be exactly the name that will be used, but reliable sources confirm the close partnership of Android to new projects. The confirmation would come from Sony. The Japanese giant has already started marketing the new Smart Stick Bravia indicating the functionality and opening its use to new markets which are not attributable exclusively to the brand Google TV, speaking about “Google services”. Another source is the Korean LG which is producing new Android devices that include the use of “Google services for TV.” 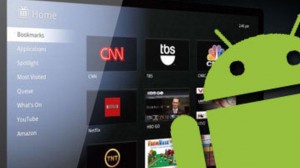 In light of the latest success of Android and the recent decline in popularity of Google TV, it seems the best solution to give new life to the market and give more flexibility to the devices, thus ensuring greater adaptability and power of sale. Moreover, capitalizing the Android technology, the developers would be able to support effectively the Google platform. In few days should be introduced Android 4.4 Kit Kat (the presentation is scheduled for October 15, 2013) and this should be the platform on which the new TV devices will be developed, so who knows if in the coming days we will not have big news in this regard.