Google speeds up the times. Nexus Smartwatch is a matter of weeks?


Google speeds up the times. Nexus Smartwatch is a matter of weeks?

Only few people thought that Google was about to launch soon its smartwatch. Already it was rumored about this possibility but the time seemed even longer.

According to the rumors and surprising the expectation, Google would be next to the presentation of its new jewel, from which derives precisely the probable name “Gem”. It seems that will be announced in conjunction with LG Nexus and Android 4.4 5 “Kit Kat” at the end of the month. The operating system chosen will be likely Android and almost certainly will adopt Google Now, the service that goes beyond the simple search, although it is a real daily assistance service.This probably means that the commercial operation is to combine two or more products and put them on the market.

The new technology should bet enough on saving energy and for this reason may be equipped with a Bluetooth 4.0 LE and is expected to remain on standby if it is not on your wrist. The display should have the right size to allow adequate visibility, and the strap should support a line of tension that should allow the power supply and connection to other devices, such as desktop pc, smartphone or tablet. 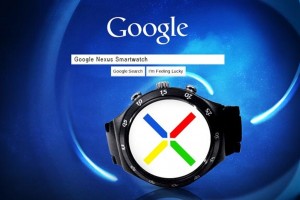 It is said that Motorola could produce in the background the Google smartwatch, verified the previous creation of MOTOACTIV currently on sale on Amazon for about 260 U.S. dollars. Just to give an idea, the package includes the device, sporting a strap, a power supply, a pair of stereo headphones with microphone, a hook applicable to the belt and a USB cable, so let’s expect something similar. The operating system choosed is probably Android.

Doubts remain about the compatibility with the majority of Android smartphones, and about the name, if it will actually be called “Gem”. Surely Google will not stand and is going to respond to competition by presenting a project worthy of its name. Only rumors or valid news? We’ll find out soon.