Google continues to improve the user experience of its applications for Android and its latest experiment allows us to run and make use of certain apps for Android without having them downloaded.

“App Streaming”, still in beta, is available for some applications that must be accessed from the Google Android app. In this way, accessed from Google from Android we can run the application by streaming in a version of the app “virtually identical” to the original from Google Play. This app executed by streaming “will be similar to the original appearance, but what is really happening is that the app is running and running on the Google Cloud,” says Rajan Patel, an engineer at Google.

Thus the Google app for Android gives us the opportunity to go straight to Google Play to download the application, or run a very similar version stored in the cloud. By the latter our device will not have to deal with extra storage nor using many resources. For the moment, being in beta is available only for selected applications, among which are Hotel Tonight, New York Subway, Chimani or Daily Horoscope, among others. So far Google can not confirm when it will lead to other applications, but promise that this functionality can run any of these million of apps in Google Play. 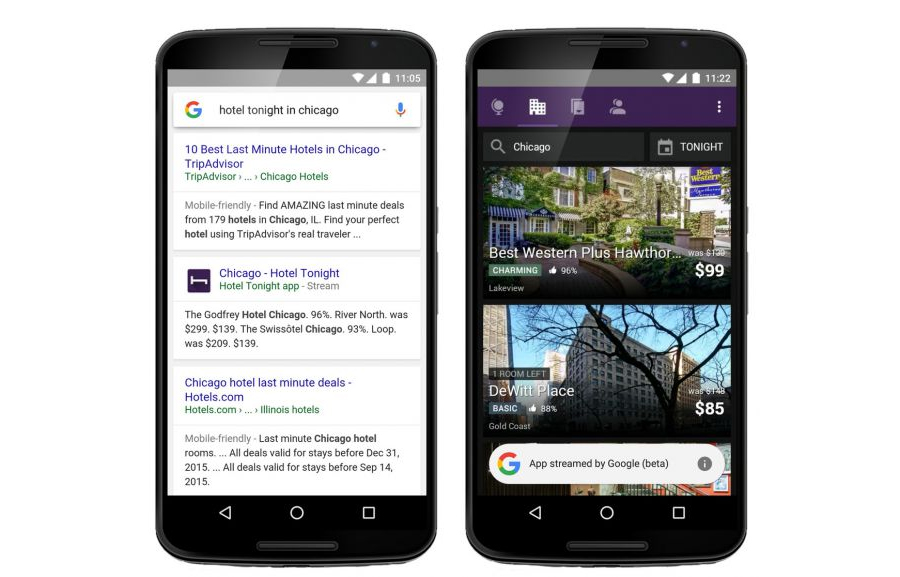 Google has also changed its publication policy for Google Play Developer. So far each of these apps in Google Play should offer a series of required and detailed information about the recommended age or gender for who owned the app. Since this time is also required, if applicable, the new label ‘ads’ that will contain an explanation of the type of advertising that we can find in this application.

It is common that most of the free app we stepped out of Google Play containing advertising, generally by banners or full screen. These are things we take for accepted because we understand that developers must also eat, but sometimes we are disappointed to see a type of advertising that negatively affect the user experience.