Fallout Shelter madness unleashed on its arrival in Android

The application lands on Google Play at the same time with the presentation of ‘Fallout 4’ and became one of the most discussed topics in the social network Twitter.

Google Play offers all users ‘Fallout Shelter’, the Postnuclear universe created by Bethesda starting this August 13th. It is one of the most anticipated arrivals after leaving Apple only and exclusively for these months behind. At no cost, it is a ‘free to play’ version which will participate in the life of nuclear shelters. It also allows play without consuming megabytes of Internet but also offers the possibility to make small payments to advance in the game. It will be optional.

The game will put you in charge of the underground shelter of last generation Vault-Teo. You will have to create and maintain content to dwell there. They have to guide them, give them a job and see how they evolve, train them, give them the necessary equipment and entrust them or exploration missions such as protecting the refuge. Everything depends on you. 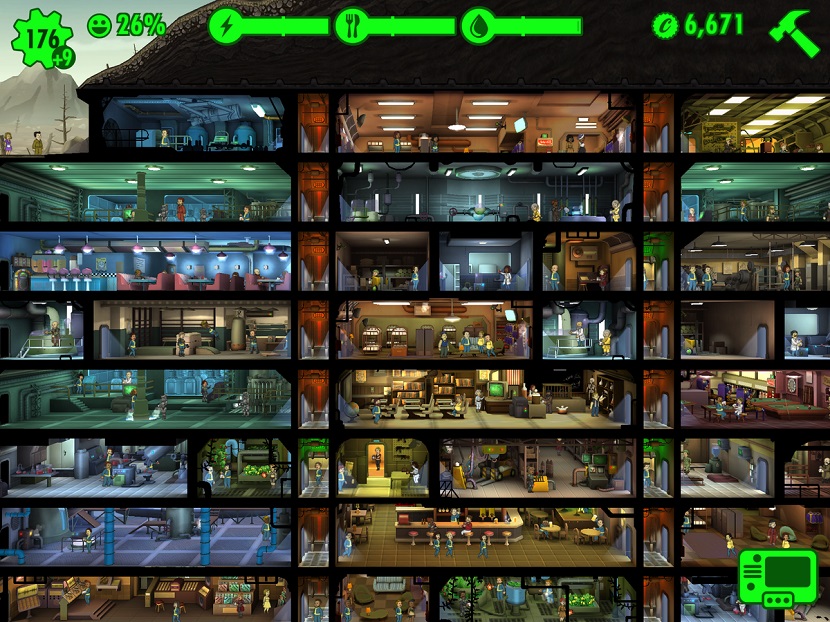 It has accumulated more than 5 million dollars in profits. The success of this application has been brutal in less than a month. In one of the reports Superdata that focuses on research and the advancement of different games, users will exceed the barrier of 70 million items.

Whereas even during the day of its release for Android, the trailer for ‘Fallout Shelter’ is still resounding, showing us all detailed of what we will find, with the post-nuclear ambience so typical of Fallout we could enjoy in all the titles. A freemium game with touches that give us the basic shelter, and our work is to grow and prosper. In iOS has achieved a great success, becoming one of the best releases made in the App Store, and now we can test it on our Android.

Fallout Shelter madness unleashed on its arrival in Android