Facebook has announced the arrival of Live Streaming to Android services. And Periscope starts to shake, when Facebook announced that the live streaming video will soon be available for many of its Android users scattered around the world as Facebook Live.

The Facebook Live Streaming Service, with which be the social platform intends to compete with Periscope and other similar platforms, is going to be part on Android. Facebook, has, in fact, announced that the Live Streaming on Android devices will be available from next week but only for users who live in USA. The expansion of the service in other countries for those who have an Android smartphone will come only later.

The Live Streaming service is already active for some time, in fact, on all iOS terminals, and after a period of experimentation, a few weeks, available in more than 30 countries, including Spain, UK, France, Italy, etc., with the aim to further expand this video platform. With this service, users can initiate Live sessions and can be followed live from all members of the social network. The Live, unlike other similar services, will then be saved in order to be reviewed at a later time. 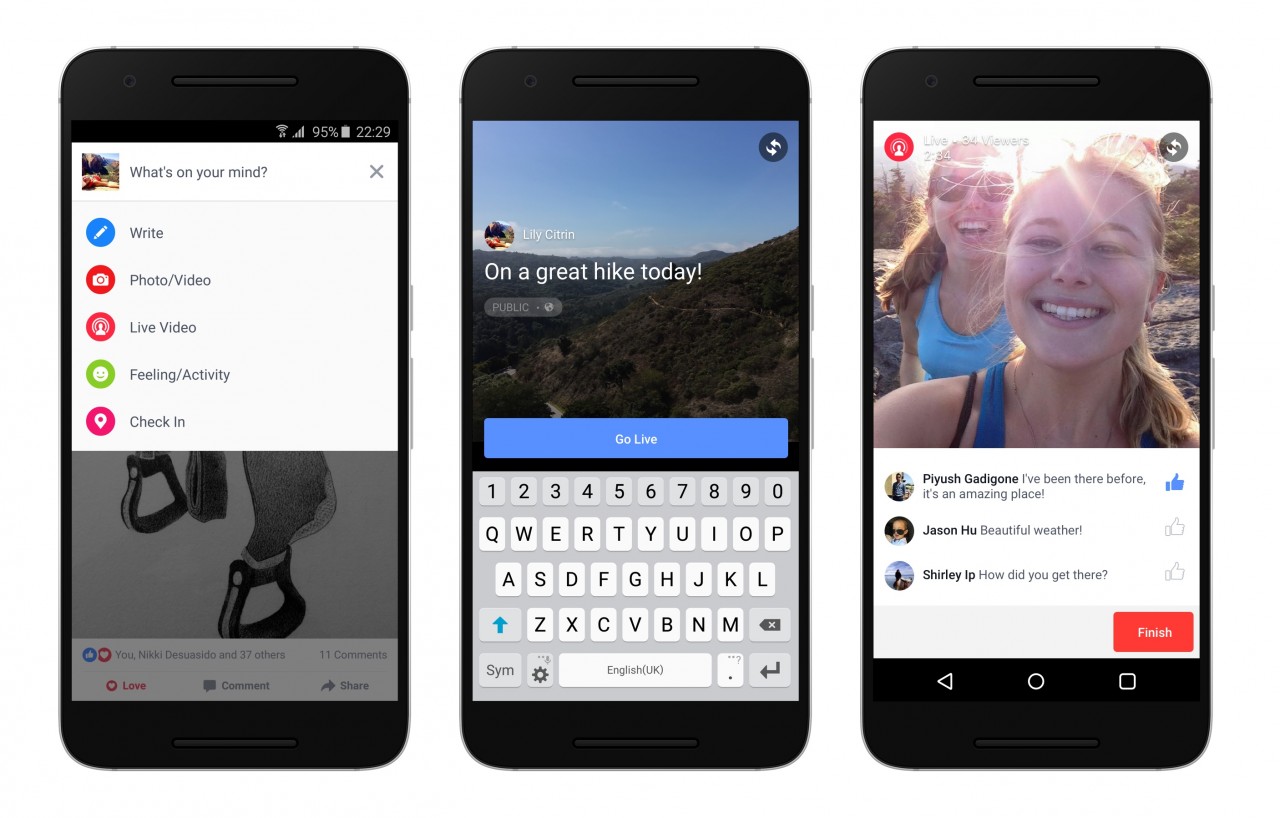 Video which, however, will also be removed. The spectators who attend will be able to live, too, subscribe to the channel to be notified whenever a new transmission will begin. Facebook, therefore, wants to become an increasingly important role also in the multimedia content sector by offering its members a platform that not only allows you to view videos but also which allows to create unusual means of live streaming solutions.

In the viewfinder, thus, services like YouTube and Periscope with the knowledge to take advantage of more than 1 billion active users to quickly determine the success of these new features. The idea is not original, but given Facebook’s media power its introduction is still significant. We just hope to not have to wait too long to be able to use Live Video in other countries.