Android 4.4 KitKat and the project Svelte

Android 4.4 KitKat has been claimed to run faster than any other version, and it has proved to be able to run smoothly in phones with 512 MB RAM. This Android version incorporates lots of improvements to reduce memory use and introduces new tools and APIs. All this initiatives to optimize Android 4.4 performance are included in what they called the “Project Svelte”.

This project was as an effort to reduce the memory needs of Android OS, with the idea to make it suitable for a much broader range of devices. Google apps, like Chrome and YouTube have also been improved for a better memory management.

These are some of the new features for developers: 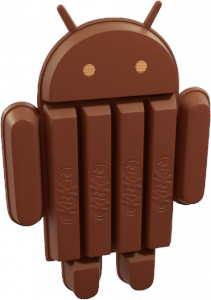 Along with the Android 4.4 KitKat platform, some other interesting updates has been announced, such as the new version of Android NDK(r9b), the update of the Support Package (r19).

Project Svelte is not going to make the old devices compatible with Android 4.4 KitKat, but from now on, any upcoming low-end phones launched with Android 4.4 will be much more memory efficient and they will handle resources better, in part thanks to the new apps becoming more hardware intensive.