It’s been just over a year since Amazon Underground landed in Europe, offering, thanks to the dedicated section, the possibility to download and use free of charge applications on both the Play Store and the Amazon store.

There are few users who know it, but Amazon Underground is a program with a particular system and allows users to get app for free on Android. The e-commerce giant paid developers is based on how long their creations remain active, allowing in-app purchases of any amount. Like all the good things, however, applications that are grouped in the Actually Free category are disappearing, that is, those that could be downloaded and used for free.

According to Amazon, developers now have other ways to monetize their creations, so it’s time to go ahead and close the program. By the summer, the Actually Free section will disappear from Amazon’s application even though it will still be possible to continue using the applications previously downloaded until 2019 when the program will officially end.

So if you have any apps that interest you but you have not downloaded it to your smartphone or tablet, you should try it in time. However, if you have an Amazon Fire tablet, you will still have access to the store until the end of 2019, so you can continue downloading, uninstalling and reinstalling free applications at your own pace.

What is Amazon Underground? 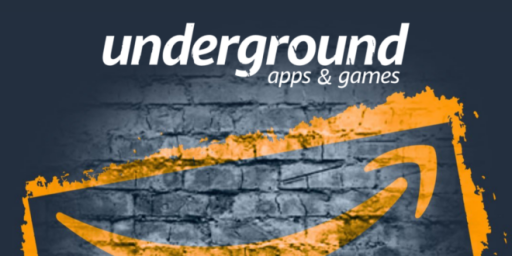 For those who have never heard of this program, you imagine something similar to Google Play Store, a place where you can find many apps and download applications for your smartphone or tablet. Currently, however, it is still different when looking for the Underground application on an Android device.

If you have another Android device (not Amazon product), you can only access the free Underground store until this summer. However, according to different rumors, applications for membership will no longer be accepted after May 31, 2017. The program was launched in August 2015 and has provided Android users with so many free applications.