After the Fire Phone flop, announced about three years ago, Amazon could return to the smartphone market with another model, but this time based on Android. In fact, the first rumors on Ice (code name) circulating around the net talk about a low-end device with support for Google apps.

The Fire Phone was a 4.7 inch screen smartphone with a Snapdragon 800 processor, equipped with several front camera cameras that allowed a feature known as a “dynamic perspective”.

The Fire Phone was a smartphone with a 4.7-inch screen and a Snapdragon 800 processor, equipped with several front cameras that allowed a feature known as a “dynamic perspective”.

However, the device had a short life for a number of reasons, including the price ($ 649) and the presence of Fire OS, the Amazon operating system that does not include the Google Play Store.

The device at the time of marketing may not support Amazon’s digital assistant, Alexa. There is also the presence of Android 7.1.1 Nougat. So the digital assistant available on Echo speakers and Fire tablets could be added later.

The Fire Phone was a failed smartphone that Amazon tried to sell for some time with high pretensions, until it had to retire it in 2015 after a very disappointing sales. Although Fire OS was an Android fork, it was a failure in such a way that the company of Jeff Bezos had to fire a large part of the design team. 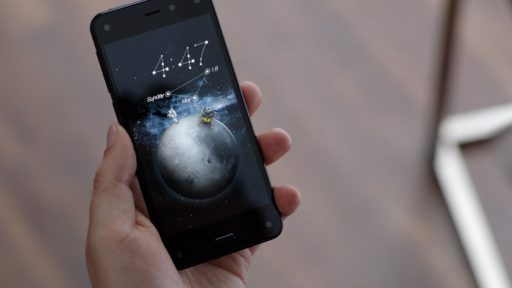 The rumored smartphone should be placed in the mid-low market segment. Among the features of the rumors, we will find a 5.2 or 5.5-inch display, 2 GB of RAM, and 16 GB of internal memory. To move this Android 7.1.1 Nougat there should be a Snapdragon 435 processor. The rear camera sensor should has 13 megapixels. Finally, the device will probably be equipped with a fingerprint reader on the back.

Support for the Google Play Store could help drive sales, which should come to the market at a very competitive price (about $ 93) and could be sold in India before the end of the year. At this time we do not know more about possible marketing in the western countries. Sure about the smartphone being marketed initially in India and, probably, if successful, distributed in other countries as well.