Alcatel is also at IFA 2016, the French manufacturer is in Germany to show product portfolio expansion by unveiling two new devices, and one of them is the new 10-inch tablet POP 4, along with a whole range of wearable devices called Move dedicated to leisure and fitness.

POP 4 (10) LTE is proposed as a stylish mini-Pc 2 in 1, lightweight, based on the Android operating system and Qwerty physical keyboard. The data-sheet is not yet communicated by the producer who stressed the presence of LTE connectivity and a more immersive software and hardware in terms of sound, thanks to the integrated technology from Waves MaxxAudio, offering self-adjusting according to the type of media that user is listen to; video, gaming and music.

“Waves is a pioneer in the field of intelligent audio technology, essential characteristic of all devices. We strive to develop advanced audio tools for better rendering of content. With MaxxAudio built on POP 4, users will prove superior audio experience that goes beyond all expectations”, said Jack Joseph Puig, Head of Global Marketing for Consumer Division of Waves and award-winning of the GRAMMY® Award. The tablet Alcatel POP 4 will arrive in Europe starting in October at a price yet unspecified. 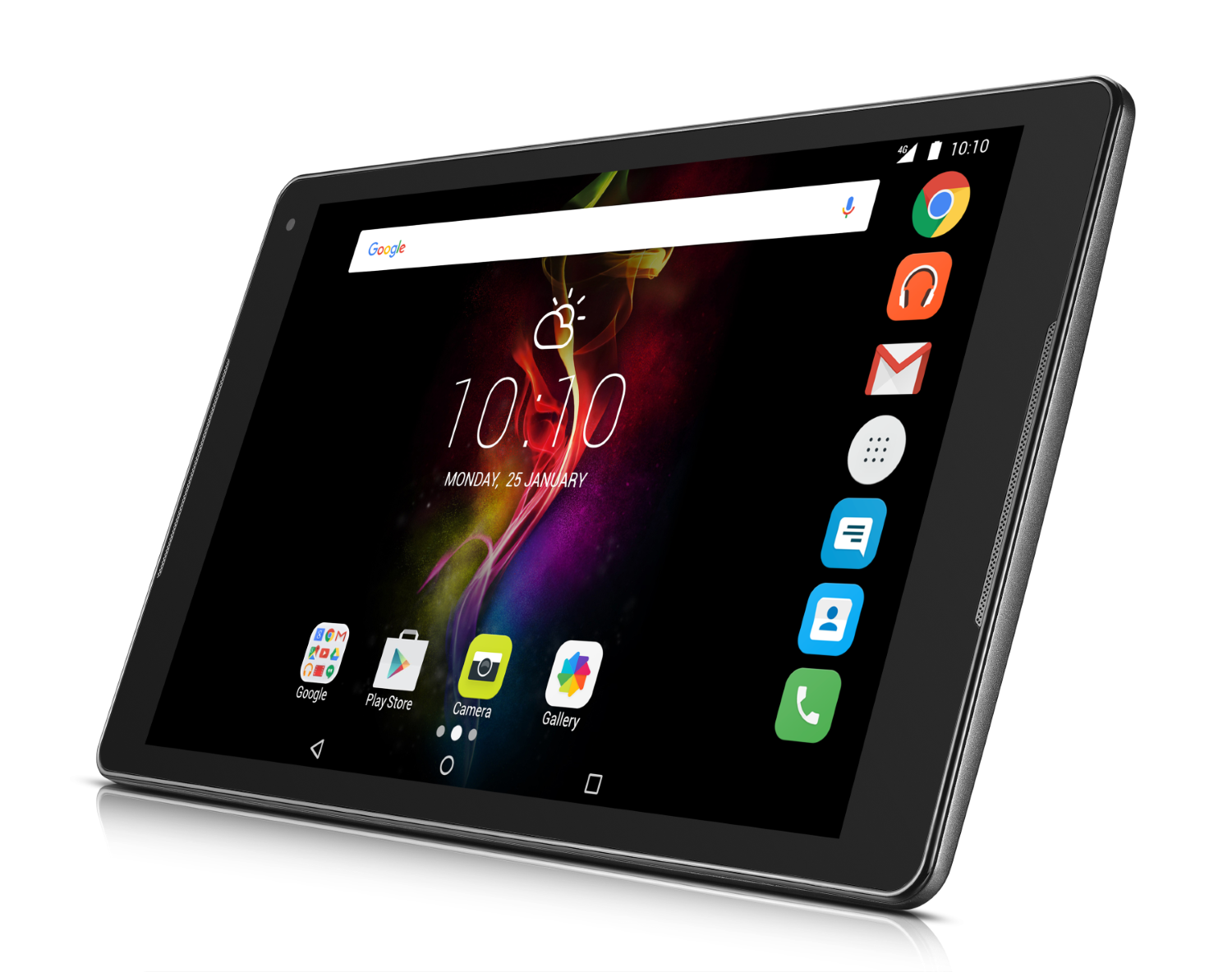 Other than that, Alcatel is presented at IFA in Berlin with a new smartphone, called Shine Lite, and a load of gadgets for virtual reality. On the first front is, as always for mobile devices of the brand controlled by the Chinese TCl, a product dedicated solely to young people but selective and demanding. Which claims an interesting design and some features that make it unique.

HD display of 5-inch, MediaTek MT6737 processor with 2 GB of RAM and 16 GB of internal space. Main camera of 13 megapixels with dual LED flash, front camera of 5 megapixels. Battery of 2,460 mAh and Android 6.0 Marshmallow on board. But besides the details, Alcatel Shine Lite focuses on security and speed. On both fronts it includes sensor for fingerprint recognition that allows you to quickly unlock the applications but also gives access to SafeBox, a space where to store photos, videos, music and documents.