Samsung Galaxy S5, displayed by the company in the last Mobile World Congress celebrated in Barcelona in February, is the newest Smartphone Android Samsung, set to hit our stores this spring.

Samsung Galaxy S5 is the generational change that comes to succeed the Samsung Galaxy S4, and among its new features has a 5.1 inch screen at 1080p. It is powered by a Snapdragon 8001 processor at 2.5 GHz (very fast), it has an improved camera with 16 megapixel that features LED Flash, a new HDR mode and post-shoot approach (takes two shots each time the shutter button is pressed, for one it focuses the background and for the other it focuses on main point) and it carries a 2800mAh battery with capacity for a lasting 24 hours straight without recharging. 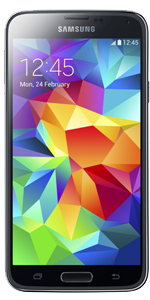 Other news are its 2GB of RAM, new operating system Android 4.4 KitKat with TouchWiz interface, and you can choose between 16 GB and 32 GB of expandable storage, with the ability to add up to 64 GB using additional microSD, and it has a microUSB 3.0 port high speed. In this regard, Samsung has opted for improving hardware and software of this new model, leaving aside innovation in the field of design. They have added new applications and features, such as a heart rate monitor for sport lovers or fingerprint scanner.

In a connective level, Samsung Galaxy S5 has 4G LTE, fifth generation Wi-Fi 802.11ac and 2×2 MiMo, in addition to a new feature called Download Booster, that uses both Wi-Fi and 4G at once to download files faster. So, definitely, although it has lost almost 8GB of memory for better software and it’s not a Smartphone 64-bit; it is flatter, more dynamic, and everything is a bit more polished than previous versions. It is the Samsung Android phone far more powerful and it could well become the most popular phone of the year. Thus taking the place occupied by the Galaxy S4 triumphantly. 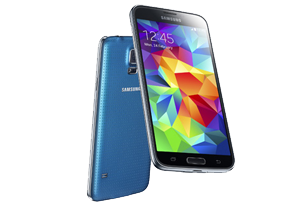 Check if your Samsung Galaxy S5 is rooted correctly using our app “How to ROOT”.