Nokia X is the new Android smartphone made ​​by the Finnish company Nokia, introduced it at the Mobile World Congress held in Barcelona in February 2014. Nokia has introduced three different terminals: Nokia X, Nokia X+ and Nokia XL.

Snapdragon is the platform for smartphones, tablet and smartbook devices created by mobile technology company Qualcomm. 1 GHz represents a not very high wave amplitude, while the two cores (or dual-core) processors are reflected in the ability of processes that can perform in a given time. It means that it makes twice more processes than a single-core processor, this is called MIPS (Million Instructions Per Second). It’s a bit disappointing, considering that the use of four cores is widespread and there are already eight-core processors. 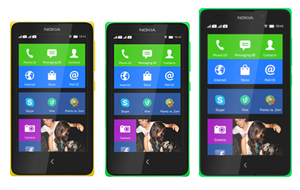 Both Nokia X and X+ have a pretty standard display, lower than most of its rivals and with a discrete resolution. The fact that Nokia XL has a 5-inch screen and keep the same resolution as 4 inches is definitely a mistake.

Storage memory is what is called PC hard drive. In this case the 4 GB memory storage capacity to expand up to 32 GB by adding a microSD card the phone are a bit ower than that of other current smartphones with this display and features.

In RAM are loaded all the instructions that processor executes, so the more MB you have the better. In this case Nokia X RAM is below the average, and this makes it a little limited. It stays at 768 MB instead of reaching to 1 GB when theoretically there wouldn’t have been a substantial change in its selling price. 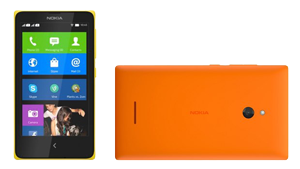 The camera of the Nokia X also has flash.

3G and place for a dual-SIM card.

These are all the types of connections it supports. 4G indicates that this mobile uses a system and a third-generation network, converging wired and wireless networks, including Wi-Fi or Bluetooth.

In short, the new and highly anticipated Nokia X, whose main novelty is Android, is a change for the better with respect to other models in the same range of the company, although the followers of the compalny will be a little bit disappointed. 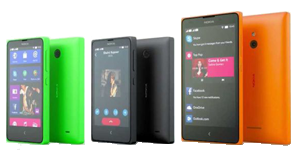 Check if your Nokia X / X+ / XL is rooted correctly using our app “How to ROOT”.