How to make free voice calls with Hangouts

Instant messaging has arrived to stay, and it is practically impossible to imagine our daily life without any of these apps. Hangouts was not the first one to arrive, and it is not the most commonly used yet, but it is slowly gaining popularity and offering more and more features.

A few days ago, Google announced that we can now make voice calls to telephone numbers, with very interesting prices. In addition, we can also talk for free with other Hangouts users, using Wi-Fi networks.

To use this new service, which is a result of merging Google Voice with Hangouts, we must first have the latest version of the app installed. The update (V2.3) will be coming to our devices these days, but if we want to try just now, we can always install the apk file directly. 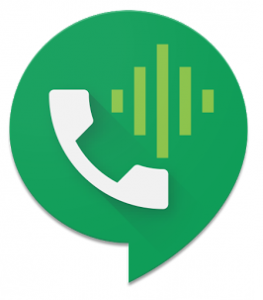 The new version not only includes the possibility to install the app to make calls, but it also incorporates some other improvements. Most of them are design changes, aimed to adapt hangouts to the new style of Material Design, which will come with the new oncoming version of Android, presented just before summer. 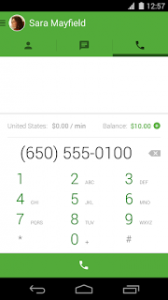 Once we have the latest version, we can install the app that will allow us to make calls to any phone number. It is called Hangouts Dialer, a standalone application that appear as a separate icon, although when we start it, the app just acts as a direct access to the corresponding tab of Hangouts standard app. iOS users don’t need to install this complement. With the last Hangouts update, the dialer is already included.

From there, we can make both free calls to other Hangouts users, using the Wi-Fi network, as well as to any other phone number using the Hangouts Dialer. These calls are free within the United States and Canada, and have a very affordable rate for other countries. You can check here the prices for international calls.

The app is available for Android, iOS and the web, and you can download it for free from the Play Store and iTunes. Just remember that you need to have installed the 2.3 version of Hangouts for the Dialer to work.