How to install Android apps in Chrome

As a general rule, we cannot install or run Android apps on a PC. There are some ways, more or less complicated, to run an app on our computer, usually through specific programs or virtual environments that allow us to execute the android files (apk).

A few days ago, Google announced a remarkable feature for Chrome OS, the App Runtime for Chrome (or ARC). With this tool, we can install Android applications on Chrome OS devices, increasing the amount of software currently available for Chromebooks. Officially, there are only a few applications fully compatible, and it seems that there is still some way to go until compatibility can be generalized.

However, a developer has taken a step further, creating an extension for the Chrome web browser that makes possible to run Android apps on any computer with that browser, regardless of the operating system we use. Thus, we can run Android applications on Windows, Linux or Mac, with the only requirement to have the version 37 of Chrome installed. 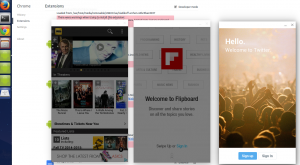 Vladikoff is the developer responsible for ARChon, the extension we can download directly from his GitHub page. We can download the version that best suits our device, choosing among those available.

How to install ARChon

To install this extension, we first need to enable the developer mode in Chrome. To do so, we just have to enter into the Chrome setup menu and enable “Developer Mode”, which can be found within the “Extensions” section.

Once enabled, we can open a new window and write Chrome Chrome: //extensions. Then, we extract the ArRChon file we have downloaded earlier and drag it to the new window that we have just opened. The extension will be installed automatically.

How to install apps

Installing apps is not as straightforward as we might think. We cannot run apk files directly; instead, they need to be modified to be recognized by ARChon. In the GitHub page, Vladikoff also offers a tool to adapt the apk files, cromeos -apk. There is also a Reddit community that has compiled a list of all compatible applications and outline the potential problems that can happen with each one. 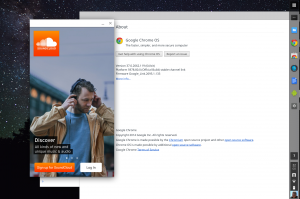 The main problem is that many apps require Google Services running in the backgroud, and that will not happen in our computer. So some applications, such as Twitter, which needs to communicate continuously with Google Services, will experience some problems and crash.

However, the fact that many other can be installed and run correctly is a remarkable milestone.