Space Liner is a platform game for smartphones and tablets released on December 23, 2014 and developed by Hexamob, the company dedicated to developing software optimized for mobile devices.

Space Liner is set in a world in which Artificial Intelligence dominates almost everything and organic species are near extinction. You will be a hero sent by Technots, beings that maintain the balance of the universe using the Eternal Core, its power source. After a dispute in the line of succession, it will be stolen by ARIS, the second heir to the dynasty. With you as the last hope to regain power source, you will embark on a great adventure. You will have to get enhancers and face space enemies that do not put things easy. The game features three worlds and over 50 levels full of action and challenges. 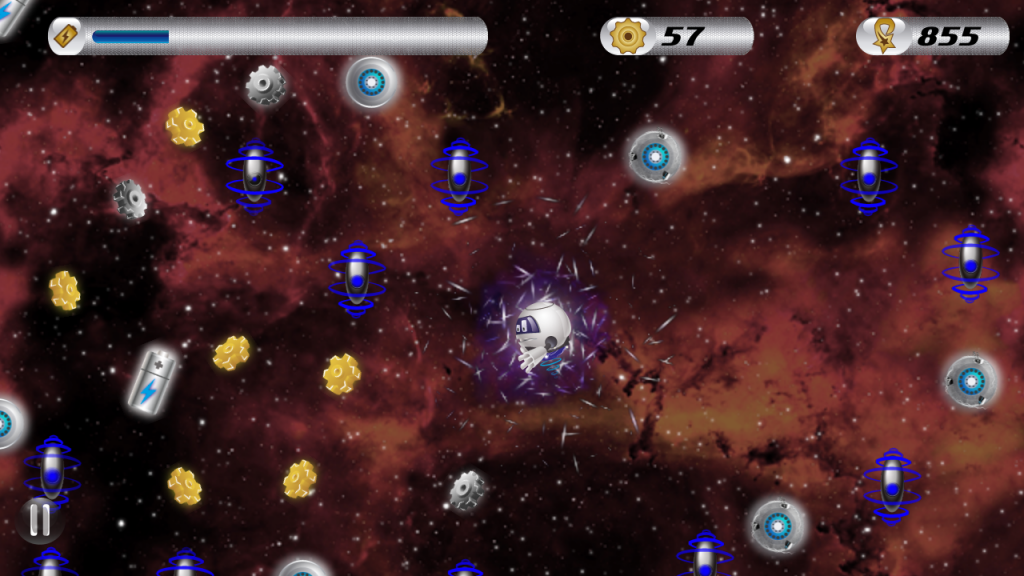 Once in space, you just have to use your finger to guide you through it. Draw lines that your character will follow and accumulates gears while shooting the enemies that stand in your way. Avoid colliding with meteorites, dodging projectiles fired by the enemy and get to your destination to restore the balance. 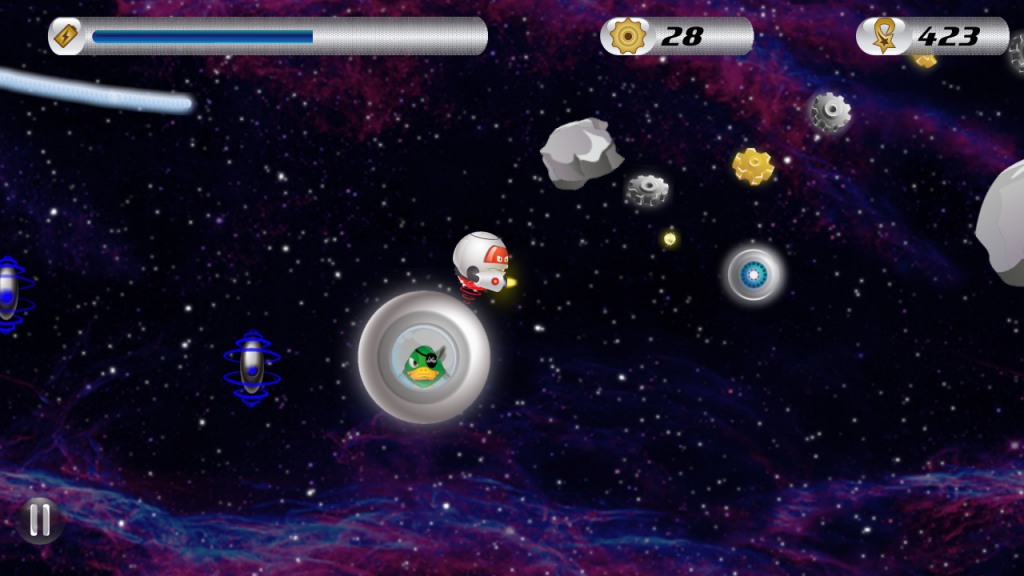 In terms of gameplay, Space Liner is a win-win. Created specifically for mobile devices, it only requires a finger to enjoy: show the way to your character by drawing lines on the screen and prevents it from falling into the void or for being trapped by any other enemy character. The game gets complicated in terms of difficulty, as you level up, but always in a very fun way that will find you hopelessly hooked. 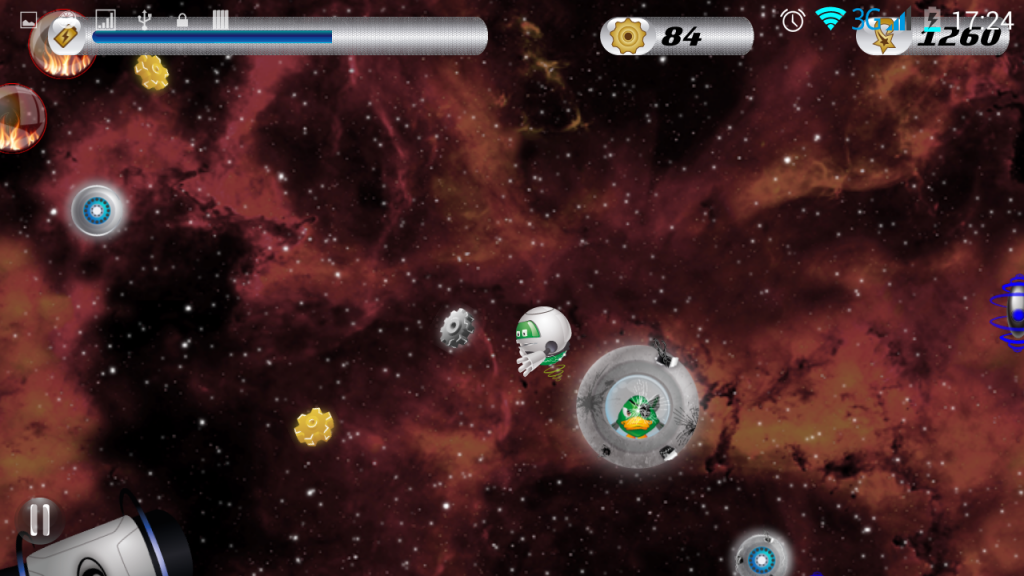 In short, Space Liner is a very entertaining and simple game to enjoy thanks to its innovative and intuitive controls, with graphics and sounds above the average, which will delight any gamer with Android devices in their possession. 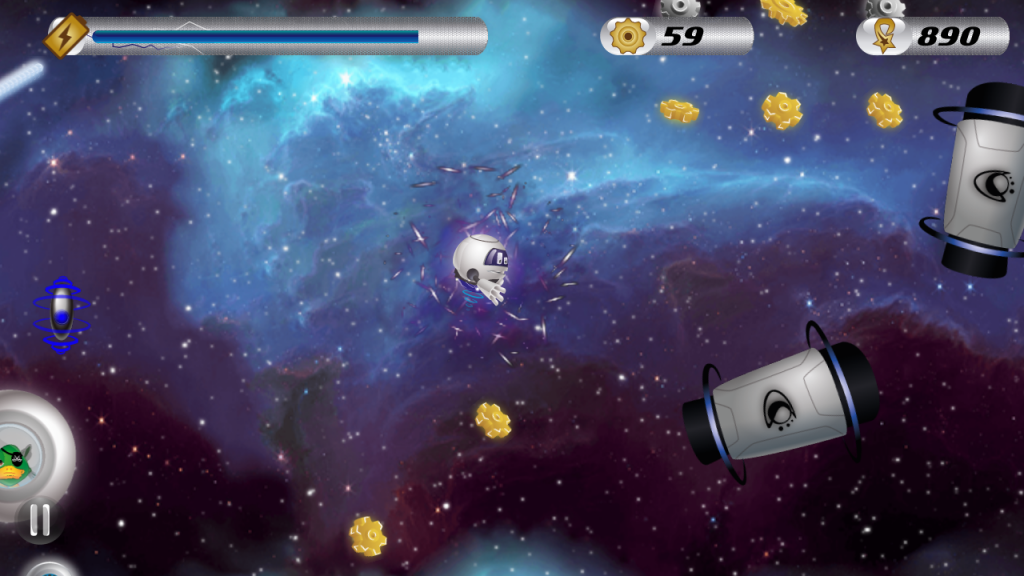 You can download it for free from Google Play. Save the Technots, retrieves the Eternal Core and go from being a hope to be a certainty, with Space Liner. 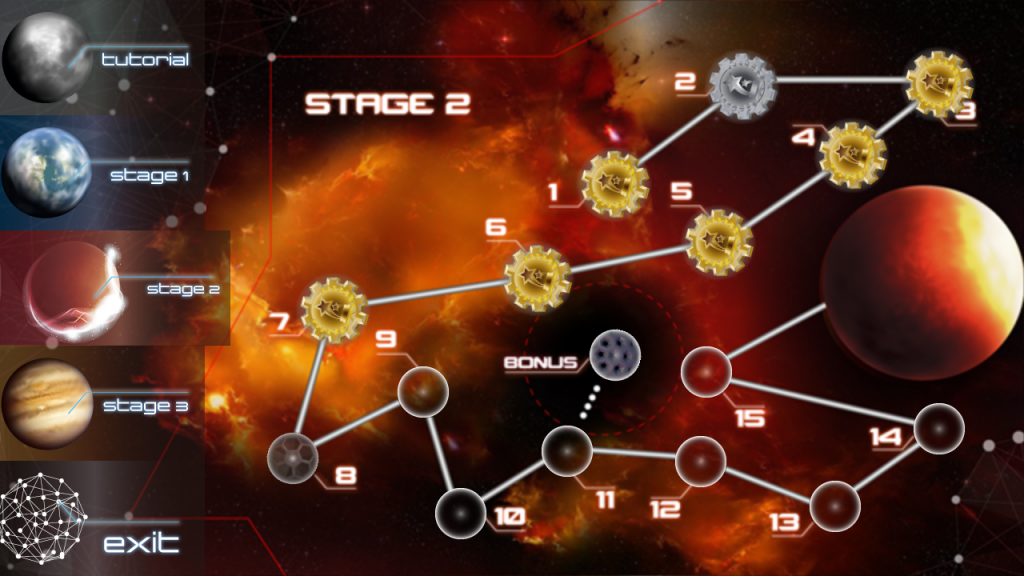