What is Google I/O 2017 and what will be presented. Part II

We continue with our guide of what can we discover during the event Google I/O 2017. During the keynote of opening, executives led by CEO Sundar Pichai presented the company’s future roadmap for Android, Google Assistant, Google Home, virtual reality, and more.

The occasion was used for Google too to do some self-celebration. Not surprisingly, the event was open announcing the goal of 2 billion globally activated Android devices, as well as billions of YouTube users, a similar figure being the photos that are uploaded daily to Google Photos and so on. A way to say Google products work well and are appreciated everywhere.

There were several announcements on the stage, the first day, and although the conference is fundamentally devoted to developers, interesting things happened even for normal users.

We have been specially used in recent times to strive for rationalization and above all the push towards commercially viable solutions. The intention to cut a lot of bankruptcy projects in the past (Project Titan’s suspension, Google Glass finishes at the museum of bankruptcies and the list would be long) and the launch of products that really match the tastes and expectations of the public make surely part of the new business strategy.

This is where the presentations range from a new version of Android, to new features of Google Photo, to virtual server enhancements, to an unprecedented photo information tool called Google Lens to reach virtual reality with new VR devices. All gadgets and tools featuring strong commercial potential.

We recall that Google has long been active on the automotive front with Android Auto. Audi and Volvo have already expressed their intention to establish a partnership and it is likely that new information will be unveiled during the event. 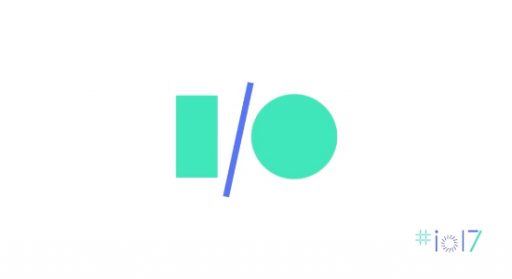 The real surprise may be related to the announcement of a new standalone VR viewer, that is, that does not need a smartphone to work. Google has already leaked in the previous months that it is working and it will cost less than the Oculus Rift and the HTC Vive, but logically it will also be less performing.

Google I/O 2017 will be the right opportunity to see also the new technologies that the Advanced Technology and Projects (ATAP) division is working on. In recent years, it introduced Project Jacquard, special sensors that allow your jacket to be transformed into a smart garment (the first jacket was made in collaboration with Levi’s), and Project Soll, a small radar capable of transforming hand gestures into commands to impart to their smart devices. If during the event dedicated to Big G developers announce some other revolutionary project developed by the ATAP division, there would be nothing surprising.

Android Wear 2.0 has just been released in the market and it is very likely that Google does not have any surprises in the smartwatch world. The appointment is postponed to next year.

Since Google launched Chromecast in the market, it has used the Google I/O stage to present small new versions of its dongle. And even in 2017 should not be no less. At the moment, however, there is no information about it. Instead, it could steal the Android TV scene, the operating system developed by the Mountain View company for Smart TV. In recent years, it has not received major updates and may be the right opportunity to see something new, such as the integration of Google Assistant.

Smart cars are one of the many areas that Google is investing in recent years. The objective, not even so masked, is to launch a self-guided car by the end of 2018 and the first tests on it have already been made (thanks to the collaboration with FCA), but for those who can not afford a vehicle that is driving alone will be able to rely on Android Auto, the smartphone application that turns the car into a smart car. For the moment, the application supports more than 200 cars and it is not excluded that new collaborations will be announced during Google I/O 2017.

Project Loon is definitely one of the projects that is most heartfelt to Google founders. Bringing the Internet even in the most remote places on Earth is one of the goals to be achieved within a few years. And to do that, Google researchers have made balloons that have in-house all the equipment they need to connect to the Internet. Thanks to the solar panels, the balloons are able to operate the onboard equipment. The direction to follow, however, is determined by artificial intelligence that analyzes thousands of data every second, also studying the weather forecasts. With the latest updates developed by Google, balloons are able to stay in the air even for 190 days. Google I/O 2017 may be the perfect place to show how the whole industry will evolve.