The Samsung Galaxy S5 is here!


The Samsung Galaxy S5 is here!

Samsung has improved its performance in all aspects, both in the technical specifications and in the features and extra applications available. 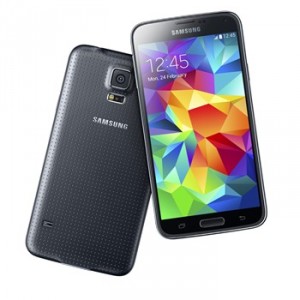 The camera has a 16 MP sensor and an improved interface for image acquisition. Samsung claims to have the world’s fastest autofocus (0.3 seconds), and accompany it with a series of improvements for image acquisition, such as High Dynamic Range (HRD), for capturing the natural color in all its intensity, or the Selective Focus, which blurs the background while focusing a selected part of the image. It also offers the posibility to record videos with 4K resolution.

The Galaxy S5 is equipped with all kinds of sensors, such as accelerometer, barometer, ambient light sensor, Heart rate sensor or Finger Scanner. It is resistant to dust and water, with IP67 certification.

The smartphone runs Android 4.4.2 with the custom Samsung interface Touchwiz, completely renovated over the previous model, and it also includes all the apps offered by company.

The Samsung Galaxy S5 will be available in White, Black, electric Blue and copper Gold.