Oppo has officially launched the R1, its new mid-range Android smartphone. Although it’s not a high-end device, it has good specifications and an excellent camera for nighttime photos.

The Oppo R1 has a 5-inch IPS display with 720 x 1280 pixels, which give a resolution of 294 ppi. It runs its Oppo’s Color OS, based on Android 4.2.2 Jelly Bean and is powered by a 1.3 GHz quad-core MediaTek MT6582 processor, with 1 GB of RAM and 16 GB of internal memory. The bad news is that it doesn’t have any MicroSD card slot, so the memory cannot be expanded. 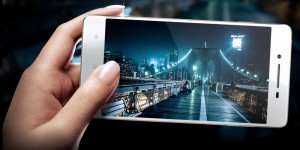 So far so good. Now we move to the camera.

The Oppo R1 has an impressive 8MP rear camera, with an F/2.0 aperture. It’s an incredibly wide aperture, bigger than the one present in the Lumia 1020. It means that a lot of light can reach the sensor, and it will be able to take pictures with extremely low illumination. The company promises excellent nighttime photos with this smartphone, and the camera seems capable enough to provide them. In addition, the phone also includes a 5 MP front facing camera. 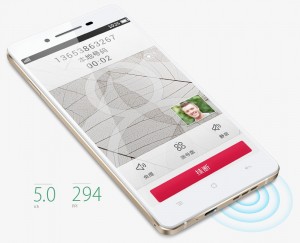 The smartphone Oppo R1 can be ordered from Oppo’s Chinese webshop, unlocked. The price is set at 2498 CNY, about $410. The company has not commented the availability of this smartphone to any other market besides China, but we can still hope. Oppo has recently launched its flagship device, the N1, to the international markets, so this one could follow the same path. The Oppo N1 is the first smartphone to run CyanogenMod, and has recently passed Google’s Android Compatibility Test Suite (CTS). The device will be available from December 24th.