Android TV is getting ready to receive a substantial restyling with the arrival of Android O Developer Preview 2, announced a few hours ago during the Google I/O 2017 conference.

From 2014 to today, the Android TV launcher remained virtually unchanged, despite the fact that the Android versions have survived over time on this platform as well.

The arrival of Android O will give a nice welcome especially to the interface, organized in a main field at the top with all the channels. Just below the next fields will be the background for the various contents or applications.

For some apps like YouTube TV, there will be animated previews and, thanks to the introduction of a new library called TvProvider, other apps will be able to create a real channel list.

In addition to the new launcher, Android TV will also benefit from all the features of Google Assistant, more integrated in the next Android O distribution.

So, Android TV is being prepared to live a new life with the arrival of Android O. This is the biggest change since its inception, a change of both the user interface and the entire experience.

Let’s take a closer look at all the details. 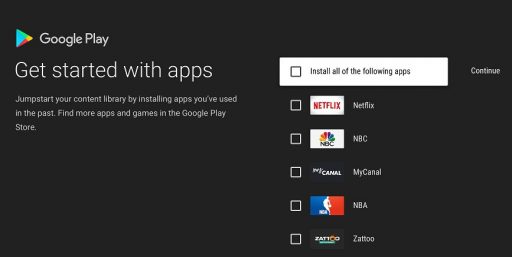 In the beginning, Android TV was a version of Android for TVs on which to run applications and games, today Google has thought that in the end who plays on a TV does it with a console and games, like the other apps, go into second floor. 90% of the most used apps on Android TV are streaming video apps, and these applications are the content that the new Android TV home screen wants to bring to the fore.

Traditional channels put in a corner

In this new configuration, where each installed application generates one or more channels within which all streaming content is present, the space for traditional channels is however little.

The “Live TV” is the old TV. According to many users, outdated channels. While channel apps are rich in add-ons, they have a live preview, are highlighted, and go into the Gold Circle of Google Assistance suggestions, the user has to go looking for traditional channels, because the will be “hidden”. It is a clear choice from Google: streaming is the future.

Among other things, in addition to Google’s arrival, we also find 360º videos on YouTube that can be accessed via remote control and a new player. Today, while watching a content you can go fast forward or backward without references, with Android O the player stores keyframes and shows useful thumbnails.

Installation assistance is also new: Google suggests setting up a number of apps that are being pre-installed at setup time: if an user already had an Android TV, apps and data migration would be proposed.