Time passes inexorably and more when it comes to technology, but that does not mean that we feels pretty bad as holders of more senior terminals when seeing how our phones are still working perfectly while the software is becoming obsolete.

In this situation will be all Outlook users on older Android phones, as Microsoft has announced that it will not give more support to the oldest version of the email client.

And it is that Microsoft currently maintains two versions of Outlook on the Play Store, specific to the most modern terminals, and one for devices with Android 4.0 Ice Cream Sandwich. Well, this latest version will no longer be supported by Microsoft since July 31. People of Redmond’s company do not include in their plans to keep much longer both versions active, so have decided to definitely go for the version of Outlook for most modern terminals. So it is already bringing to many of Outlook users still access the application from their old Android devices. 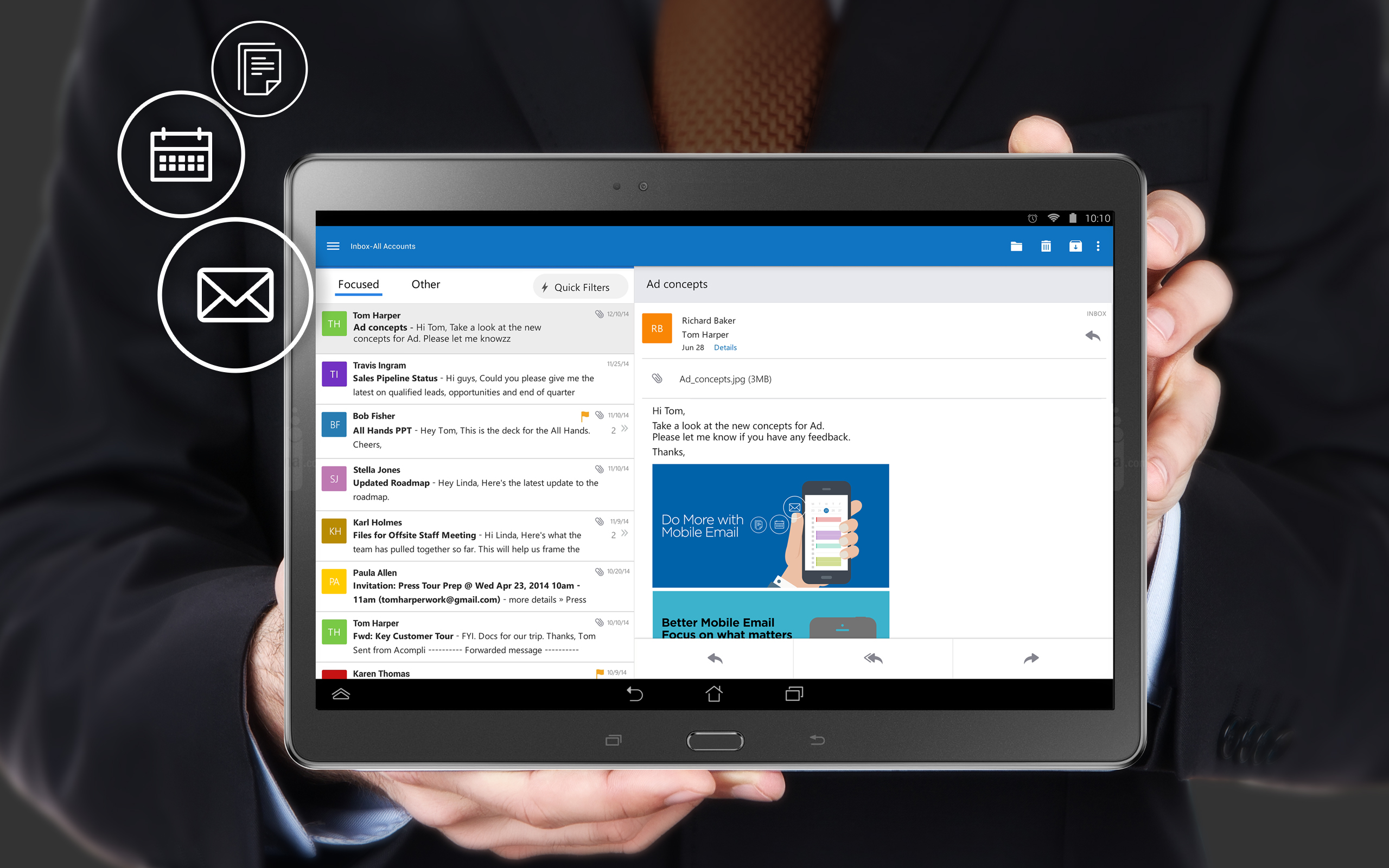 But worst of all this is that the application of latest Android Outlook does not support the terminals with those that did so was the version that is now going to stop having support. This means that current users of the app will have no choice but to stop using Outlook on their phone or upgrade to a more modern terminal. In a time when only 15% of Android phones have installed Lollipop and where there are still millions of terminals with older versions of the system, it is still a questionable decision of Microsoft.

The alternative offered from Redmond to continue receiving mail on your phone, through the web browser on the Outlook.com page, where you can continue receiving and sending mails. With this will have to settle Outlook users in the older devices. In any case, it is not unique to Microsoft, there are many companies that after a while tend to discontinue support for the use of their applications on older versions of the system, both iOS and Android, which inevitably forces users have to change their devices for new ones.