LINE is an instant messaging application that features more than 300 million users worldwide. It is available for all kinds of mobile phones (Android, iOS and Windows Phone) and is compatible with PC and Mac.

This app allows you to send pictures, videos, audio messages and VoIP calls, in addition to the basic text messages. The most characteristic feature of LINE is it’s the use of stickers, which can be sent instead of the traditional icons.

The application was developed after the earthquake in Japan in 2011, when the Internet became the main communication tool due to the damage in the telecommunications infrastructure nationwide. A few months later, the application went public and gained popularity immediately. Currently LINE is used in 231 countries worldwide. 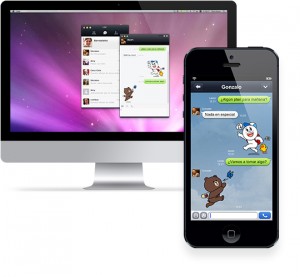 LINE is an application which lets users make voice calls and send messages completely for free, wherever you are. In the latest update, the possibility of LINE videoconferences was added, also free of charge. It is available for iPhone and Android, in addition to PC. It only requires having the latest LINE versions installed.

However, the best known feature of LINE is its stickers. They replace the emoticons and the main attraction is the quality and originality of their design. The characters are large and detailed, with all kinds of dramatic expressions over exaggerated in a fresh manga style. Some of these stickers come in the form of downloadable packages to purchase, but there are many free. There are also numerous promotions giving stickers in exchange for trying other applications, visit pages or celebrate events. 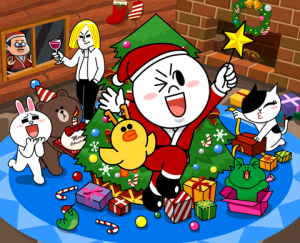 LINE also includes a social networking aspect. You can create a profile page, Timeline, accessible only to your friends. In the Timeline section you can view the publications of your friends and share messages and pictures with them. You can download the application for free from the iTunes and the Play Store respectively.