The well-known British developer John MacAfee, founder of the famous security company with the same name, has announced through his official Twitter account that he is working on creating a new Android smartphone called “the world’s first truly private smartphone”.

The operating system, of course Android-based, will be proprietary, and will include a wide range of features. The MacAfee device will be equipped with a set of specifications (software and hardware) that will help protect the privacy of users at any time and with ease. With the MacAfee Phone, we can instantly disable, through physical buttons, data connection, GPS location, various sensors, camera, Wi-Fi, SIM slots and more.

Also under the software profile, there will be a number of tricks created by the developer team ad-hoc, which will make the device much more secure than any modern smartphone in the market. The MacAfee Phone will eliminate any risk of interception, web traceability, and more.

The famous developer said that his smartphone, which at the moment still does not have a name (but it is known as Privacy Phone or MacAfee Phone), seeks to eliminate any risk and can not be spied in any way.

At the moment there are no known technical specifications, which will be unveiled only at official presentation but the price should be $ 1100. John McAfee is also selling smartphone coupons on his official website, $ 199 each. These will give users who will acquire the right to be among the first to acquire the smartphone.

Privacy Phone: a lot of marketing and a few technical details 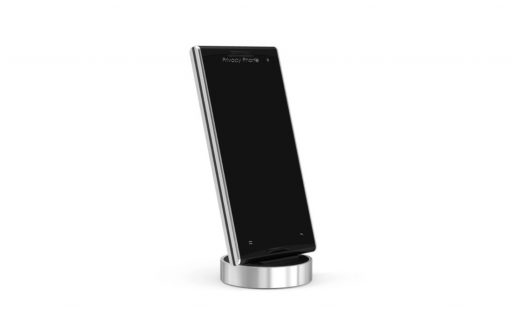 The smartphone will be immune to tracking attempts using devices such as IMSI-catchers, devices that can detect and spy cell phones within a few hundred meters by tracking phone and tracking victim moves. The IMSI-catchers put in place a kind of “man-in-the-middle” attack between the mobile telecommunication operator’s cell and the customer.

For example, to make sure that an Android device is safe, it will be necessary to implement even more granular control over app permissions and to ensure, at a minimum, software updates that can remedy the vulnerabilities. Needless to say, BlackBerry tried to get back up by presenting some new Android smartphones focusing on the security aspects. In a crowded market like Android devices is, the company’s efforts have not led to the hoped results.