Intel has signed a licensing agreement with ARM to build ARM-based SoC in its factories. Said otherwise, third-party manufacturers will be able to take advantage of Intel facilities to make competing chips to those of Intel itself (at least in part), and among them we have at the forefront LG Electronics, Netronome, and Spreadtrum.

The agreement underlines the one hand a kind of Intel made in the mobile world, already demonstrated by the recent moves of the company, but now makes the best of a bad situation trying to save what can be saved, at least economically speaking. Intel will in fact achieve 64-bit ARM chips and other hardware, perhaps in the hope of an agreement with some big industry. Apple, for example, relies on Samsung for years and TMSC for the production of its chips Ax, and certainly the Santa Clara company would not refuse to get in the middle.

The possibility to realize the ARM chip is therefore crucial in this sense, as well as to produce mobile chips for other companies which could cover Apple, Qualcomm, MediaTek, Nvidia and other. Business Custom Foundry therefore assume more and more importance within Intel. According to the analyst Abhinav Davuluri, this move will allow Intel to compete with TSMC and Samsung to gain the favor of Qualcomm and Apple. According to the collaboration between ARM and Intel Custom Foundry will accelerate the development and implementation of ARM SoC made with the trial of 10-nanometer Intel. 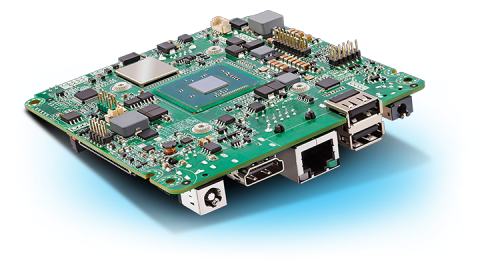 According to Zane Ball, co-general manager of Intel Custom Foundry, optimize this technology for the process to 10-nanometer Intel means that the foundry customers can take advantage of the intellectual property to achieve the best balance between fuel consumption, performance and area implementations high performance and efficiency of their designs for mobile application, IoT, and more.

With the steadily declining of PC market, Intel in fact hopes to attract new customers in one way or another, even realizing chip architecture competitor (and therefore lower profits), it would not be out of the game. If in a short time Intel thought he could do everything by itself, the awakening was abrupt, but with this move the company has demonstrated its ability to play logic rather than of pride, and it is something that not all corporations are getting into able to do.