Huawei has announced two new Android smartphones with the Honor brand at an event that took place a few hours ago in China. The first one is the Honor Note 8, ie a phablet that features a screen Super AMOLED of 6.6 inches with Quad HD resolution (2560 × 1440 pixels).

Honor Note 8 is made using aluminum to provide a premium appearance, has chosen the processor octa-core Kirin 955 at 2.5 GHz combining it with 4 GB of RAM and 32/64/128 GB of flash memory, depending on the chosen configuration. Space for storage is, of course, expandable through microSD memory. We must say that the processor is the same used in the Huawei P9 smartphone. Very good multimedia system with a rear camera of 13 megapixels with Optical Image Stabilization and a front module for selfies of 8 megapixels.

Obviously there are sensors and media such as WiFi 802.11 ac, Bluetooth 4.2, GPS, NFC and LTE. The 4500 mAh battery should provide a good range of use. Regarding the software section, Honor Note 8 has Android 6.0.1 Marshmallow with EMUI 4.1 interface. Prices vary depending on the version, but the standard will have an equivalent price of 337 euros. 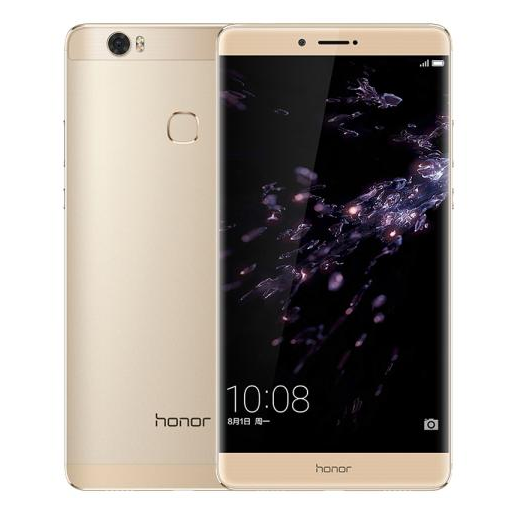 The second device is the Honor 5, that is a smartphone featuring a 5-inch screen with HD resolution (1280 × 720 pixels). A cheap cell phone made to the low-end range of the market. The data sheet shows the presence of a MediaTek MT6735P processor with 2 GB of RAM, 16 GB of expandable internal memory, main camera of 8 megapixels and secondary camera of 2 megapixels with LED flash, WiFi 802.11b/g/n, Bluetooth 4.1, GPS and LTE connectivity (dual SIM), and battery of 2200 mAh.

This smartphone will be sold in China on August 9, which will soon reach othe countries and different prices. The Honor 5 has Android 5.1.1 Lollipop with EMUI 3.1 interface on board embedded in a body of 143.8 x 72 x 8.9 mm and weighing 138 grams, and will be sold at 599 yuan (80 euros). It will come in black, white and gold. As we see, a smartphone with very common specifications for undemanding users who still want a good device at a low price.