Samsung has never denied the existence of its new terminals and we all are looking forward to the imminent presentation on 12 August. We have met almost all its details and features of the Samsung Galaxy S6 Edge Plus and Samsung Galaxy Note 5, even their physical appearance.

We can see on the left side of the picture the Samsung Galaxy Note 5, with a look very similar to Galaxy S6 but with more square shapes and logically in a larger size. The S-Pen, real protagonist of the Note range also appears here. On the right side the we see the new brother of Edge S6, the S6 Edge Plus (not yet official name). It has a screen of 5.7 “QHD with two curved edges and a similar size to Note 5. Both come with a SuperAMOLED screen with resolution of 2560 x 1440 pixels, with the Exynos 7420 chipset and 4 GB LPDDR4 of RAM. In the multimedia section would have a 16 megapixel camera and front with 8 megapixels. A nearby battery of 3200 mAh with ultrafast charge is expected.

Samsung is taking a new direction with both ranges apparently. It seems that now we called typical flagship Galaxy S and Galaxy Note, but that both version will have an Edge version given the good reception from the public. And finally the price, although we knew through last filtration, both should be around 800 euros output, nothing very surprising and in the brand line. 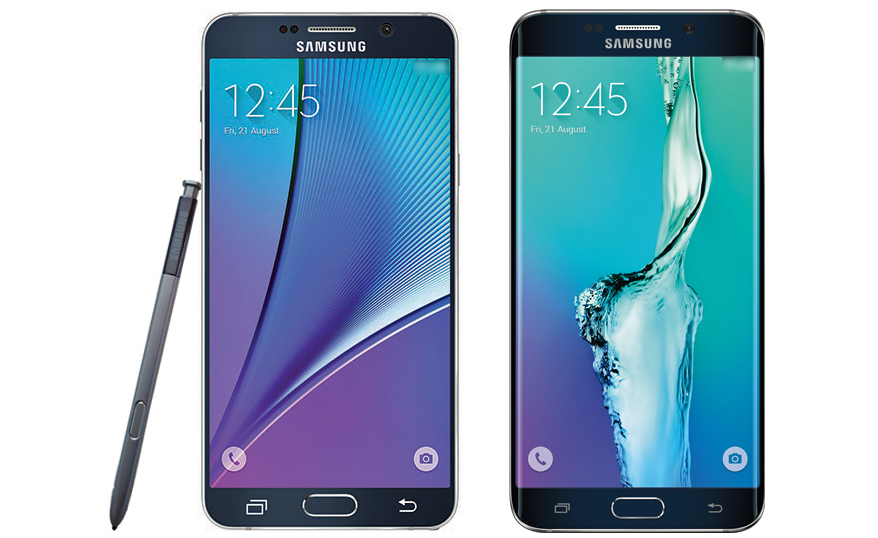 We do not know which model Samsung placed above the other. To date the Note range had always been the most expensive and exclusive, but we believe that with the emergence of this new range Edge has created a top echelon. We wait for the August 13 to reveal all the details.

Something is still missing, even though we now have the typical press or renders images that often come to light a few days before of their presentation. Well, this is already a reality and the leaker Evan Blass has publicly leaked the ultimate appearance, the same that hit the global market with Samsung Galaxy S6.