Smart watches are rising interest, and every day appears some new and curious proposals. FES Watch is one of those unclassifiable devices attempting to reach the market through crowd funding campaigns.

FES Watch is a watch made entirely of electronic ink. Both the watch and the strap are made of this material, so we can completely change its look with a simple gesture.

This device is no an smart watch. It doesn’t connect with any smartphone, neither receive notifications, nor can it be used to quantify physical activity. It is simply a fashionable watch built with a completely different technology.

The FES Watch has 24 original designs, combining different styles for the dial and the watch strap. These designs can be exchanged very easily with a simple gesture to show a completely different appearance.

The team of developers behind this crowd funding project launched a campaign in Japan with the aim of raising two million yen. In three weeks, they had managed to get over 3.5 million, the equivalent of about $30,000.

Fashion Entertainments, responsible for this project, are a subdivision of Sony, focused on the development of new products by combining technology with fashion. The contact from Sony who spoke with the World Street Journal said that they had initially kept out the name of Sony from the project because they wanted to see the real level of interest that could arise a proposal such as this one. 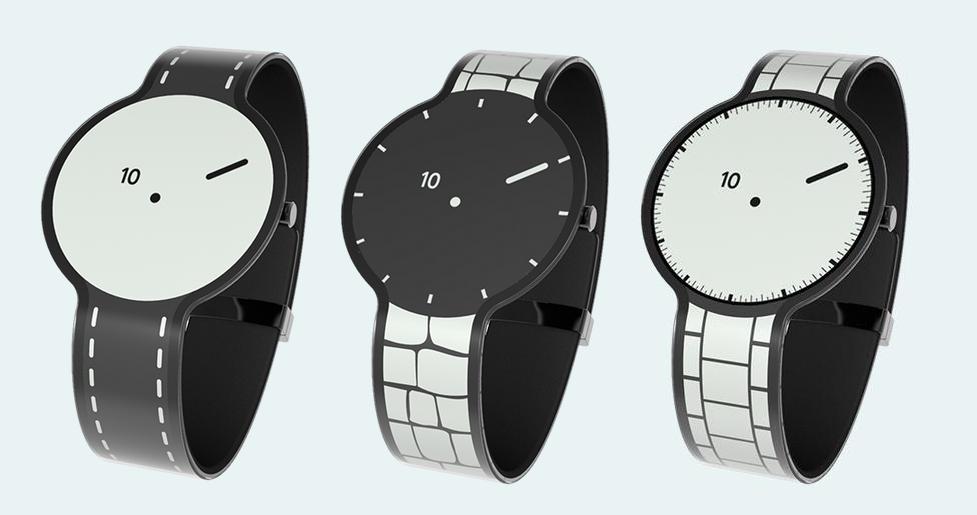 Sony has not said anything about the release dates or its possible price. However, Makuake, the website that hosts the crowd funding campaign, announced that people who have financially contributed to the project will be able to do a preorder and get the device in May 2015.

Besides these e-ink watches, Fahion Entertainments is also working with other wearables based on digital technology. On their website, they also show a bow ties that can change its color, although we know almost nothing of that piece of thecnology.