It is funny how two of the most important instant messaging applications belong to the same company and at the same time both must compete in all respects with each other. However, WhatsApp has some very interesting features of Facebook Messenger, and we can mention the so-called face-to-face or draw and type the text and images before sending, for example.

But this is not the time for comparisons or competition on which application is better or has more features, as they themselves have announced, Facebook Messenger now brings a new way to share location via instant messaging with full use of our Facebook account and contacts added.

From now it appears in the compatible applications list of Messenger as a new button to show our location, you can send to press our desired position or even any particular direction, with all the potential information to our contact from Google Maps. 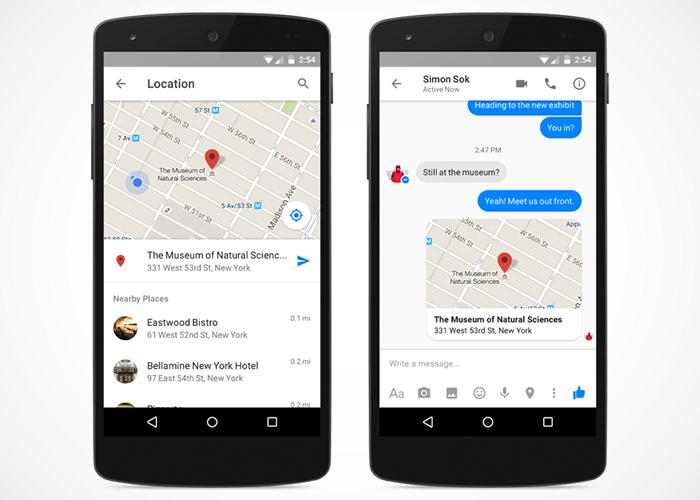 We can say that this is similar or even identical to what we have in WhatsApp, but not in a negative way, rather, it is an excellent addition to the application and allow users to, among other things, to send an address to make an appointment, to mention a Local or the like.

One thing to mention is that we seem to be at a point where such applications have almost all kinds of features and additions to what is now harder to see implemented some new, because of that it looks like they are going to clean and sweep the most incomplete features, because to renew something with more potential, one must have a cleaner design, if possible.

Let’s see what we can find in the coming months, it is hard to imagine what progress will be displayed in the future.