Beovision Horizon is the new Android TV by Bang & Olufsen

It’s called Beovision Horizon and it is a new 4K Ultra HD TV shown at IFA 2016 by Bang & Olufsen, and certainly is not a product for everyone. Designed on Android TV platform and characterized by a minimalist and clean design, it is a luxury product, built with quality materials, as well as employing the most advanced audio and video technologies.

An object assembled with high precision techniques, nice to see and touch: “To be successful we want to stimulate more than just one sense of the customer,” explains Marie Kristine Schmidt, Design, Marketing and Brand Vice President for the Danish company. Unlike previous models, such as the Beovision 14, the Beovision Horizon is easier to move within an environment thanks to a series of media designed specifically for the new TV that allow to orient it or move it easily, to hang it on a wall, placing it on a mobile platform or floor, making it quite versatile and adaptable to different lifestyles.

The black aluminum frame has the ability to enrich the TV when you look at it from the side, but also to disappear when you’re facing the screen: “The challenge is to create products from the perfectly balanced design, that can capture the attention when the TV is off, but that does not distract you when it’s on,” says Marie Kristine Schmidt. This explains for example the choice to beautify the part below the screen of aluminum slats, put to the speaker cover. 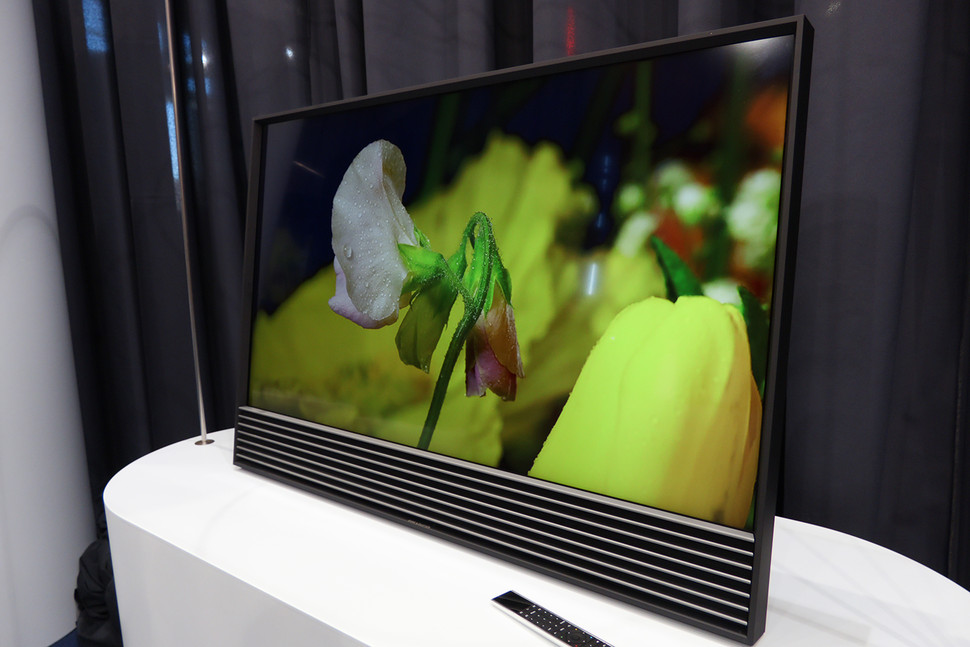 The slats are tapered and slightly sloping shape and yet they are not only decorative, but have been designed specifically to improve the acoustic performance of the audio portion. This is based on two 30 Watt speakers each, and integrates a module to support the 7.1 surround system.

The TV is equipped with a sensor that measures the lighting conditions and adjusts the screen, and thanks to the Immaculate Wireless Sound technology can be connected to other speakers without the hassle of cables. As every Android-based TV, of course Beovision Horizon is a Smart TV and therefore offers direct access to services such as Google Play, to applications for entertainment, news and even to games. Thanks to the integrated Google Cast technology, it is also possible to transmit through the BeoVision Horizon movies, photos, and music directly from your smartphone or tablet.

Beovision Horizon is the new Android TV by Bang & Olufsen