Google I/O ended last night and did not bring any great news but some good news, such as the availability of Google Assistant in more languages by the end of the year or the new Google Photos and Pixel Camera features.

The most anticipated news during the keynote was concerning Android O. Indeed. The second Developer Preview of the new version of Android was expected and we were satisfied with the small surprise of the beta test launch for this cycle of updates. In fact, the new update brings with it a substantial improvement in system stability.

For this reason, many more users will be able to try and install and manually test the features introduced by this minor release (a bit major too). In addition, to facilitate the process of accessing these Developer Preview 2, Google allows all interested users the possibility to subscribe to the Android beta program by simply clicking to the link adressing to the official support page.

The only requirement for access is to have a supported Pixel or Nexus device. Just follow the on-screen instructions and you will be part of the program. You will receive an update via OTA to install and the system firmware will update to the Android O Developer Preview 2 version. The phone will be reset so all saved data will be lost. For this reason, it is advisable to make a backup of security.

Now we will not make you waste more time. Below you can find some of the most important novelties. 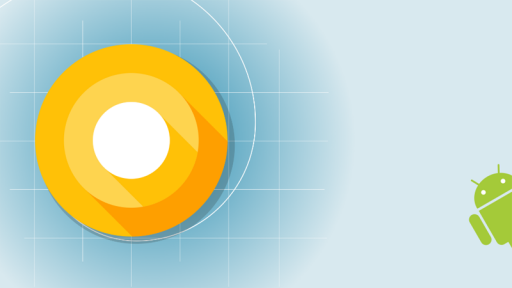 Android O Developer Preview 2 leaves the bases, finally giving the launcher its settings, separate from those of the Google app. You can also change the shape of the icons by choosing between square, rounded, rect, squircle and cylinder. Unfortunately, however, these changes are not applied to all icons. About icons, already there are dot notifications, that is, the “interactive balls” that appear at the top right of the app icon in case of unread notifications. The launcher shortcut menu has also changed, which now also has an option to add app widgets or to go to its information page.

Quick settings have been redesigned, with shortcuts for settings and multi-accounts posted down, before notifications. System settings have also undergone various restyling, and now have more color. By digging into the settings then, you can find voices for app and picture-in-picture autofill. The latter works much better than before, even with some bugs. It’s just a pity that we can not resize the small window and that at this time only YouTube seems to work properly (which is then one of the apps where it makes more sense to exist).

You can also see the new emoji, while there is no option to download new fonts. However, in the display settings, there is a curious item called device theme. It does not do anything at the moment, but if you join this change to the icon options, we could interpret it as the signal of a greater personalization coming in, directly at the system level.

Android O Developer Preview 2 does not end here, but these are still the most interesting tangible things we have found so far. However, there are several novelties under the bonnet, including Background Limit, which promises to solve the battery drain problem by the underlying applications. And in general Android O promises so much more general speed, but we can only check it out with time and maybe with more definitive releases of this one, which is just the first beta (the DP1 was alpha).

Android O Developer Preview 2, as we said, is available simply by subscribing to the beta program, as we have already explained in the article. After a few minutes you will be logged in, your Nexus/Pixel will upgrade to Android O alone, downloading about 900 MB of firmware. This is the simplest and most secure method to try DP2, but Google has also available the factory image for manual installation. You can find them at this address for the following devices: Nexus 5X, Nexus 6P, Pixel, Pixel XL, Pixel C, Nexus Player.