Android 7.0 Nougat, the latest Android version from Google, is about to be released, or at least that’s what the latest rumors and news say.

The latest version of Android was released by Google a few months ago, but has only been available in beta and only for developers, so as to enable it to conduct all the tests. Given the release of the beta version, it is expected that the release of the new version of Android from Google will be soon, precisely with the aforementioned Android 7.0 Nougat. The latest version of the operating system could then make its appearance very soon, leading several news from Google.

According to the latest rumors, Android 7.0 Nougat could arrive just in August, even this week, but unfortunately there is still no official confirmation from Google, which perhaps has in mind to surprise Android users. Waiting for Android 7.0 Nougat, what we have are some of the features and news of the latest operating system version: Android Nougat therefore support both the multitasking feature and virtual reality, but the news does not end there. The latest rumors have announced the release of countless innovations that will characterize the latest version of Google’s operating system. 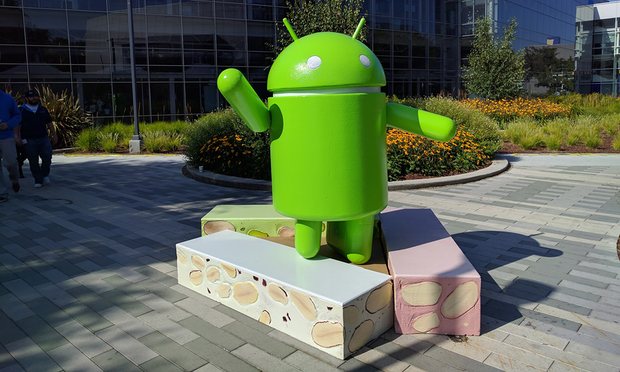 Among these innovations, deserves a special mention the “night mode”, that is, the night mode also called reading mode. With this new feature in Android Nougat, the device screen in question will automatically adjust their brightness depending on the time in which it will be used, with regard to the user’s view. In short, if the rumors about the new Google system proved to be true, the new Android 7.0 Nougat should be to improve the user experience with all their news.

Google also will enrich Android 7.0 Nougat with news from an aesthetic point of view. According to reports released about the latest version of Google’s operating system, Android Nougat will give the user the possibility to choose a customizable keyboard on which you can change both color and background. There has been talk, finally, the addition of a small G at the top right on your Android device’s screen, allowing quick access to the Google search engine.